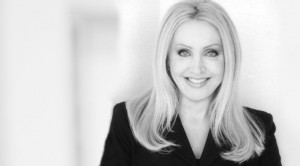 In the wake of the National Australian Bank’s decision to cut ties with digital currencies, another Australian institution announces its start with bitcoin. An IT solutions provider, Ellenet, is the first Australian firm to accept both bitcoin and litecoin.

According to Ellenet, the IT solutions provider has launched a platform to welcome digital currencies. Director of Ellenet, Estelle Asmodelle said,

Ellenet works closely with digital mining company Petabit Pty. Ltd, who works on mining bitcoin and litecoin. Adoption of new technologies in Australia is always imperative, therefore the acceptance of digital currencies for Asmodelle’s company was an obvious choice to make.

Few Australian businesses have taken the initiative in welcoming digital currencies, but the IT solutions provider hopes to start changing that. Asmodelle added:

“Working with Petabit, we are able to provide many other crypto currency services in the coming months and provide opportunities to Australians that currently do not exist.”

Petabit is a mining company founded in February 2014. The mining company plans on investing several hundreds of millions of dollars into KnCMiner and CoinTerra mining equipment. The investment hopes to produce one of the key virtual currency mining facilities in Australia.

The company is located in Godsford, Australia, where it has the potential to become a major offering through access to the NBN. They aim to prove that Australia can be just as good as any country in terms of digital mining.

Bitcoin Growth Down Under

More Australian businesses are taking a liking to bitcoin, and are willing to give it a fighting chance. A realty located in Sydney has jumped aboard the bitcoin movement. Forsyth Real Estate began accepting bitcoins for house deposits and property advertising in late March of this year.

The move was made to simplify transactions, and to also gain the attention of potential buyers outside of the country. Additionally, Australia has taken bitcoin into the world of mass transit. Using mobile apps, bitcoin can be used to pay bus fare.

Who knows where Australia will take the digital currency to next. One thing is for sure, and that bitcoin isn’t done surprising the world yet.