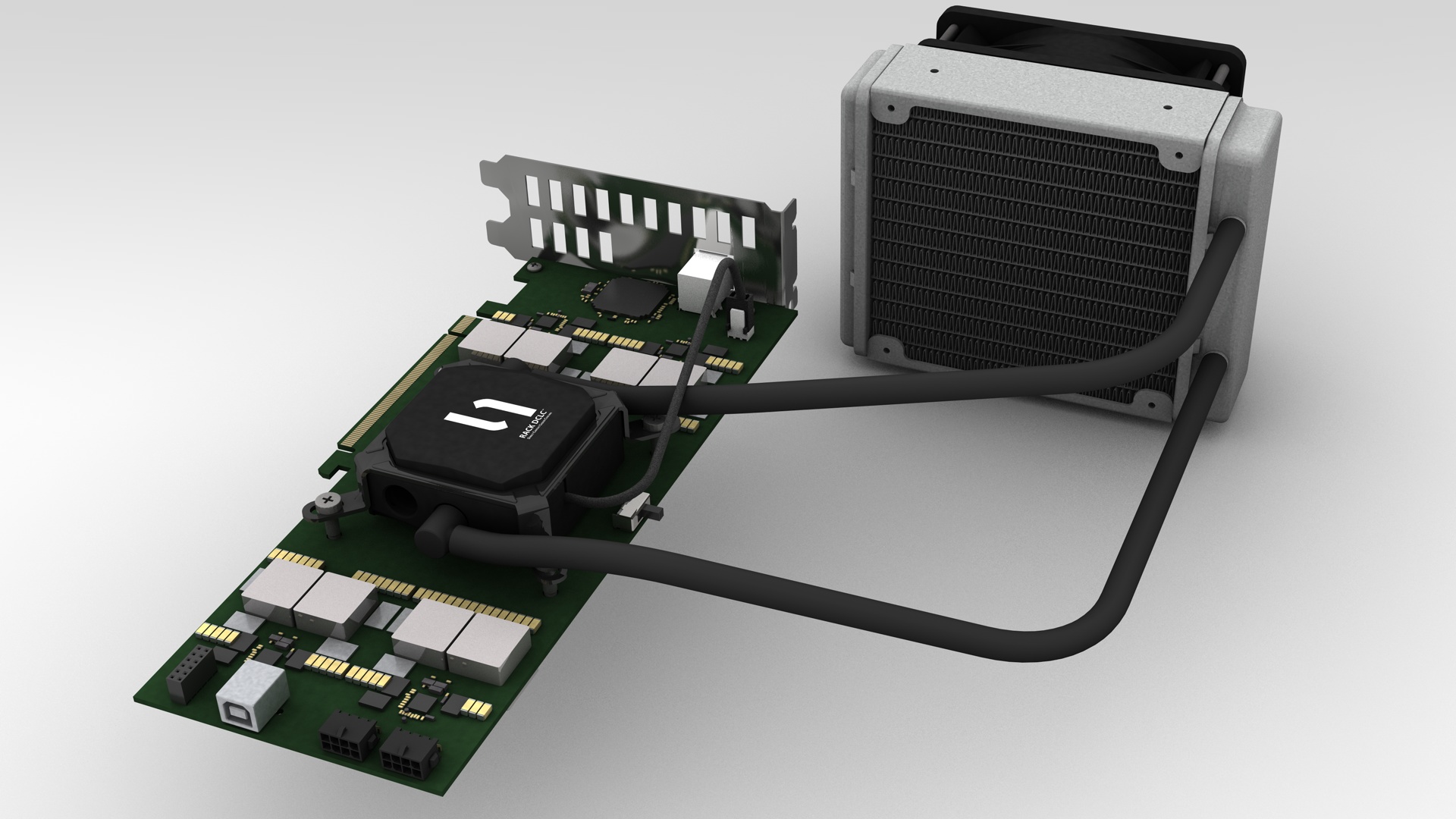 Yesterday, CoinTerra announced a new and affordable PCI Express mining card that will fit in with everyday use for bitcoin enthusiasts, hobbyists and system builders. The CoinTerra mining cards will set a new standard in performance and price.

“At just $1,599 and delivering over 400 gigahash per second, the GSX I combines a low cost of entry with exceptional performance.”

The GSX I is comprised of a GoldStrike I ASIC processor, mated to CoollT’s direct contact liquid cooling unit, with an exhaust fan of 120mm. The GSX I is designed to fit into a wide variety of PC towers, allowing easy integration for those who want high-performance bitcoin mining straight from their PC’s.

The card is controlled by the same software as the TerraMiner, as it runs on a host’s PC while connected via USB ports. The structure of the software allows for maximum performance and flexibility. They also include the possibility to build expandable mining solutions with non-PC controllers.

“An additional benefit of this design is that an entirely standalone system comprised of multiple GSX I cards could be driven by an off-the-shelf controller, such as the BeagleBone Black found inside the TerraMiner. We would be thrilled to see the community explore this kind of solution.”

The company says that with the GSX I’s capabilities, the price is a steel. CoinTerra remains determined to revolutionize the bitcoin mining industry with the GSX I.

The new technology is slated for delivery this June.

The Austin, Texas-based company was founded in 2013, and is one of the fastest-growing bitcoin technology startups today.

CoinTerra’s TerraMiner IV hardware may have already left a bad taste in a lot of customer’s mouths. The company promised the hardware would operate at 2 terahashes per second. However, due to delays and the hardware only being able to reach a maximum speed of 1.7 TH, customers were not impressed.

With the GSX I mining card, CoinTerra has a fresh opportunity to prove that they can deliver on their mining technologies. The card is set to release in 4 months, giving the company ample time to get everything to work right.

For more CoinTerra and bitcoin-related news, stay tuned to Conireport.net.