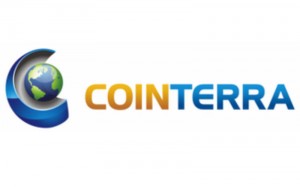 CoinTerra, an Austin based ASIC mining hardware company, has announced new hosted Bitcoin mining contracts. The plans within the contract range from 200 GH/s to more than 1 Petahash, which will be deployed immediately upon buying the contract. CoinTerra is looking to spread its wings to different parts of the world and is therefore offering Bitcoin mining contracts at low prices. Ravi Iyengar, the CEO of CoinTerra said in a released statement,

“Many prospective Bitcoin miners don’t have the space or power requirements to operate their own Bitcoin mining hardware, especially at scale. In addition, some foreign countries have import restrictions on advanced cryptocurrency hardware or punitively high duties, but our new mining contracts truly enable mining without borders.”

CoinTerra’s goal is to become one of the best virtual currency service providers by adding Bitcoin mining contracts. The company has already been able to deliver more than 10 petahash of Bitcoin mining hardware. CoinTerra boasts of powering over 15% of the whole Bitcoin network.

The Bitcoin mining contracts are hosted by TruePeta, a system built on CoinTerra’s Goldstrike ASIC I and TerraMiner hardware. TruePeta is hosted at CoinTerra’s data center. Bitcoin mining contracts vary in price, starting from the introductory price of $999 for a 12 month, 200 GH/s contract going all the way up to a 24 month contract for 1 PH/s.  Dr. Timo Hanke, the CTO of CoinTerra said,

“Unlike other cloud mining solutions, CoinTerra builds its own hardware, so we can rapidly deploy multi-Petahash solutions on-demand to the datacenter. The systems are monitored by a team of experienced engineers, assuring twenty-four seven uptime in a controlled and secure managed environment.”

Customers will also be able to combine different contracts to create a specific hashing power plan. After the contract is realized, customers will be able to get payouts weekly to their Bitcoin wallet addresses.

Bitpay Raises $30 Million in Series A Funding Round