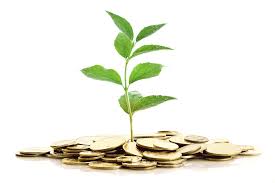 This week, a new bitcoin hedge fund called Coin Capital Management will be launching. The fund will buy and hold onto the digital currency in a grade A institutional environment.

Managing partner and founder of the New York-based firm, Samuel Cahn, shared his enthusiasm over the new fund. Cahn said:

“We are pretty excited about Bitcoin…it is an exciting payment technology. We are fully dedicated to holding Bitcoin, and we are the first ones to do so in an institutional grade hedge fund using the same types of checks and balances that investors have come to expect.”

Coin Capital Management is being seed funded by Sigmund and Drew Sommer. Cahn is a practicing attorney, and worked with White Bay Group in dual counseling and as an investment manager.

Sigmund has several years of dealing with bitcoin under his belt, as he mines for bitcoins, trades them and invests in them. In addition to his experience with bitcoin, he worked as a server engineer for Aladdin Gaming as an assistant to the chief technology officer at Hello Networks.

As for Drew, he has also had his hands in mining, trading and investing in bitcoin.

Cahn says that the firm’s strategy on buying and holding bitcoin is based on the laws of supply and demand – buy cheap, sell high. His philosophy is that since bitcoin has a set limit, eventually people are going to want them when they are hard to get. He sees the value of bitcoin inevitably increasing.

Bitcoin continues to grow, spreading to new genres of business. This will add to the demand for those who will one day want bitcoins.

And as with all new bitcoin ventures, taking necessary security precautions are a must. Learning from flops like black market site Silk Road and former Japanese bitcoin exchange Mt. Gox, Coin Capital Management hopes to be strict on security, ensuring the safety of bitcoins of both their own and of the people. Cahn states about his company:

“We arranged storage and custody to protect ourselves from [hackers]. We are using a multi-signature technology, which means no one party can sign off on a transaction alone.”