Bitpay Raises $30 Million in Series A Funding Round 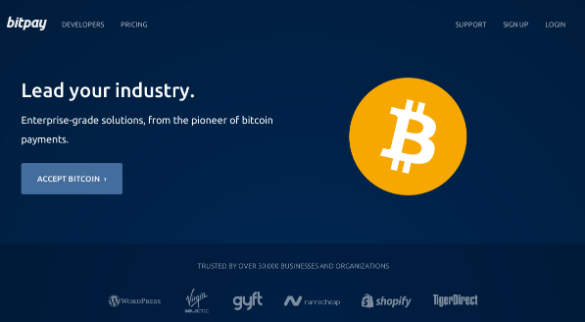 Bitpay has been making headlines as of late with its dealings and partnerships, all to help make the world of bitcoin more effective. Well, the payment processing company is back in the headlines, as it announces its Series A funding round, totaling $32.7 million.

The new fund is Bitpay’s most successful one yet, raising more money than any of its other investment funds to date. Individuals that have contributed to the Series fund include venture capitalists from London, Geneva, New York, San Francisco and Hong Kong.

Index Ventures’ Jan Hammer and a representative from the original investment group, Jimmy Furland, will be joining Bitpay’s Board of Directors. Index stated on its website:

“At Index, we’ve been closely tracking this exciting [bitcoin] phenomenon since its earliest days, particularly from a cryptography elegance point of view. However, since trading isn’t our forte, we have been watching the ecosystem expand and develop, while trying to figure out how, as investors, we invest in this fast emerging phenomenon.”

Through Bitpay, Index Ventures was able to invest in an already established and reliable bitcoin-based firm. The company sees bitcoin as an important part of the internet sphere.

Bitpay proves how in demand it is with companies like WordPress, TigerDirect, Shopify and even Richard Branson’s space travel flights. To add to the accolades, Bitpay is in the midst of developing open source projects surrounding bitcoin, such as Bitcore, Insight, and Copay.

“Bitcoin is a borderless and frictionless payment system, which is nearing a tipping-point moment in terms of merchant adoption. Unlike existing payment technologies such as credit cards, with their high fees and risk of fraud and chargebacks, Bitcoin was designed for the Internet age, offering companies a lower-cost, lower-risk alternative.”

With Bitpay’s involvement in the digital currency industry, bitcoin just might flourish as businesses continue to hop aboard.