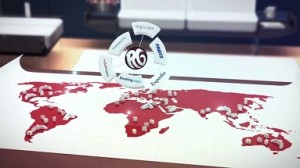 Atlanta-based bitcoin payment processing company, BitPay, has teamed with Revpar Guru to create the first ever bitcoin compatible booking engine. Hotels that wish to accept bitcoin from anywhere in the world can now do so faster than ever, thanks to the GuestLeader booking engine.

According to BitPay, hotels will gain a new customer base through use of the booking engine. BitPay stated:

“With this revolutionary financial technology, hotel properties have the ability to reach new customers in emerging markets as bitcoins are a borderless digital currency. Using REVPAR GURU’s GuestLeader booking engine, guests can select Bitcoins as the method of payment during checkout.”

BitPay is a payment platform that allows businesses to start accepting bitcoin. When a customer chooses to checkout with the bitcoin option on Revpar Guru, BitPay notifies the hotel of the transaction’s status. The next day, bitpay offers businesses the choice between getting paid in bitcoin or exchanging them for one of 9 different local cash currencies. This is done through direct deposits.

In addition, BitPay also offers merchants the option to receive some money in bitcoin and some in cash. This allows for convenience and flexibility.

As for Revpar Guru, it is a data site that analyzes a hotel, its historical rates, the rates of competitors within the same area, pricing trends and environmental factors. This is all done to offer customers the best possible deal during their travels. With bitcoin added to the mix, booking a hotel just got a whole lot easier.

Revpar offers up to date rates and reports on hotel prices, now allowing users to make the most out of their bitcoin. With Revpar Guru, hotels are assisted in reaching maximum occupancy, which in turn generates more business.

The hotel business is getting a fresh breath blown into it, as bitcoin has become increasingly popular within the industry. However, sometimes the people are responsible for such a financial transition.

The voice of the /r/Bitcoin community was enough to persuade GoCityHotels of the benefits bitcoin can bring to the world. A single bitcoiner persuaded a GoCityHotels representative that if he brought in more bitcoin requesting customers, then the hotel should make an effort to accept the digital currency.

More than 200 bitcoin enthusiasts off of Reddit began booking the hotel using their bitcoins. This goes to show the power of bitcoin and its community.