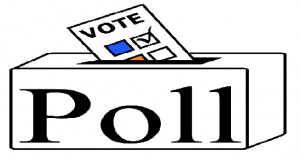 How would it feel to be paid in Bitcoin? A survey conducted by BitWage showed that 47% of businesses who deal with Bitcoin have thought of paying employees in Bitcoin. The poll asked the opinions of 150 companies that incorporate Bitcoin, however, only 38 out of the total responded.

Six companies noted that they would be open to paying employees in Bitcoin. But, there is a condition: only if inquiries have been made to show that employees are willing to accept Bitcoin. Seven other companies seemed interested in paying workers with Bitcoin. However, one company mentioned that the reason it doesn’t pay employees in Bitcoin is because of the tax and legal issues related to the currency.

Poll Shows 10.5% of Companies Are Paying Employees in Bitcoin

“We have employees dotted all over the world and some of them are only with us for very short-term projects, so Bitcoin is the perfect solution. Because we are in the tech industry, paying employees in Bitcoin actually attracts talent – people will choose to work for us rather than our competitors simply because of the Bitcoin factor. Also, a lot of our local employees receive a proportion of there income in Bitcoin – they see it as an investment or a way to support other Bitcoin businesses”

Paying employees in Bitcoin seems like a better alternative to fiat currencies, especially if the employee is overseas.

Tech in Motion conducted a similar survey earlier this year. It was found that a major portion of American technology professionals want to be paid in Bitcoin. A question from the survey asked, “Would you be interested in being paid for your work in cryptocurrencies like Bitcoin?” 51% said “yes, absolutely,” 18% responded, “maybe, let’s see where bitcoin is in a year or two,” around 10% didn’t think Bitcoin would survive long, and a little over 1% did not know what Bitcoin was.