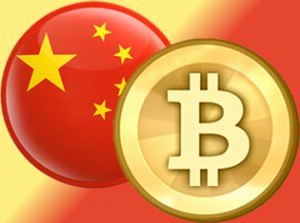 Before the severe crackdown on Bitcoin, people could buy, sell, and trade Bitcoin on Chinese Bitcoin exchanges. However, after the PBOC’s severe warning, many of the bank’s related to the exchanges in question, stopped providing services. Due to the fact, it may be that in the future, the only way Huobi’s customers would be able to make Bitoin transactions might be through an offshore bank account. Likewise, this can also apply to other Bitcoin exchanges and businesses in China.

As a result of the PBOC crackdown, the five largest Bitcoin exchanges in China: OKCoin, BTC Trade, BTC China, CHBTC, and Huobi were unable to attend the Global Bitcoin Summit that took place in Beijing this past weekend. Even with the efforts from the government, the conference still had many attendees that allowed the event to be highly successful.

About the crackdown, Bobby Lee, the CEO of BTC China and the recently elected board member of the Bitcoin Foundation, said,

“You can see the pressure being applied from different angles.”

Bobby Lee and his company are trying to avoid any problems with the PBOC by using paper vouchers to allow customer transactions. BTC China’s CEO also mentioned that the crackdown on Bitcoin has negatively impacted the rate at which people are willing to buy and sell Bitcoin. He explained,

“Newcomers who have heard about bitcoin who were planning to come and buy bitcoin out of curiosity, as an investment or for novelty’s sake are now thinking twice,” Lee said.

Hong Cheng, the managing director of BitOcean, a Bitcoin ATM manufacturer, said that if the Bitcoin crackdown persists in China, the company would move elsewhere in Asia to continue business comfortably. He explained that if there is a Bitcoin ban in China, BitOcean can move its business outside of mainland,