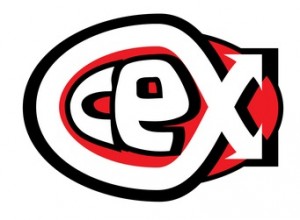 A second-hand exchange in Britain is experimenting with replacing the pound with bitcoin in one of its stores for the next three days. This temporary trial marks the first UK-based retailer to allow customers to buy goods using the digital currency.

CeX is a high end chain that buys & sells and exchanges technologies as well as electronic products. It is participating in an experiment to switch from using pounds to bitcoins in its store, located in the Sauchiehall area of Glasgow.

What’s unique about CeX compared to other online bitcoin-implementing retailers is that it will pay out in bitcoins. Additionally, customers will be able to earn bitcoins by selling goods.

“While we are temporarily dropping the pound from our Glasgow store, at a time when Scottish Independence is high up on the news agenda, we are doing so to give customers a choice in how they trade with us.”

Butler and his team are excited to be the focal point of the trial. If successful, their experiment would stand as the starting point for other businesses to one day make the same transition.

He adds that with bitcoin, there are added security features and benefits for both customers and the company alike.

Part of the idea behind the trial is to implement Scottish Independence, as the country is nearing its September elections. Rather than relying on the pound, bitcoin can allow independence from the use of Britain’s currency. CeX believes their experiment will show that the country needn’t rely on the pound.

Some experts in the field of technology, such as Benjamin Cohan, feel that the trial will question whether or not there is a need for cash at all. He says,

“I’m eager to see the results of the trial.”

The Head of Communications for price analysis at PriceSpy.co.uk, Erik Lorentz, believes bitcoin to be the future of online currency. Its concept is both refreshing and embracing in a time of economic hardship.