Top 5 Practical Things You Can Do With Your Bitcoins 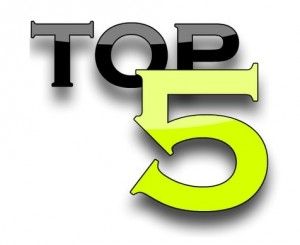 As bitcoin grows in popularity, individuals are finding more ways to make it work for them. The possibilities of bitcoin use stretches out as far as our imaginations can take it. However, for you bitcoiners out there, what are some of the more practical things you can go out and spend your bitcoins on?

Coinreport has comprised a list of what we feel are today’s top 5 practical uses for bitcoin.

Clothing has had a close relationship with bitcoin, starting from the digital currency’s early days. It is said that one of the first commonly known items people could use their bitcoins on were for a pair of alpaca socks. Perhaps they aren’t the trendiest form of footwear, but alpaca socks will keep your feet warm!

Since then, bitcoins have been used to buy clothing from online retailers around the world. Chinese online retailer Hypebeast and French retail chain Monoprix has recently welcomed bitcoin payment options in order to bring in new customer bases.

Monoprix also has plans to bring bitcoin payment options to their physical store locations, but are first focusing on their online platform.

Why spend cash when you can look just as good using bitcoin?

Mane Salon in New Zealand has just announced its venture into the bitcoin universe. Paying for your hair to look good has never been easier. The salon has QR codes hung up around their shop, and the employees are trained to accept bitcoin payments. Owner of Mane Salon, Janine Weatherley said:

“It’s so simple, we hope to be able to reduce our credit card processing fees and our dependence on the bank, as well as well as simplify cash handling. I really hope Bitcoin takes off and our adoption plays a small role in its success.”

Additionally, a barbershop in Reno, Nevada has adopted the bitcoin. Owner Josh Arias has been accepting bitcoin since September 2013. However, he has only had one customer pay in bitcoin so far, but wishes all customers would. He says:

“I feel safe accepting it right now. It’s fun to take part and be on the leading edge.”

Let’s face it. Everybody has got to eat Food! The word itself makes stomachs across the world growl or at least take notice. And with the ability to buy food with bitcoin, it makes for an even greater experience for not only the enthusiasts but also the average Joe’s and Jane’s out there.

All over the world where bitcoin is welcomed, restaurants are feeding bitcoin users. In Dubai, The Pizza Guys pizzeria will sell you a slice of their finest pizza for bitcoin, based on the current exchange value. A married couple runs the business, and share enthusiasm over the new digital currency, claiming they got into bitcoin for two reasons.

Reason one is the more obvious, for business expansion purposes. Reason two is for their view of bitcoin as being a “social experiment” they wanted to take part in.

Pizza isn’t the only delicacy bitcoin can buy you. There are tons more, such as honey, Subway sandwiches, wine, and more.

After buying some nice clothes, getting your hair done and eating out, you may want to relax for the rest of the day at home. A home you may have paid to live in with bitcoin.

That’s right, some real estate agencies are welcoming bitcoin in places like Canada, Cyprus, Australia and in New York City. Whether you’re paying realtor fees, for a home or even rent, bitcoin can take care of it.

In New York City, a tenant paid Nick Spanos, founder of Bitcoin Center NYC and the head of real estate brokerage Bapple, almost $18,000 in bitcoin for rent, deposit and the brokerage’s commission.

The transaction was made by Jeff Goolsby, a Bapple broker. Goolsby explains that by using bitcoin, the tenant saved money and avoided having to pay fees for checks or wire transfers.

Assisting those in need or giving a helping hand for a specific cause will always allow others to put their money to good use. Bitcoin, like any other form of valued currency, can ease the hardship of those who are in a rough spot.

Bitcoins have been used to support people through homeless shelters and food banks. Sean’s Outpost outreach center collects bitcoin donations in order to provide poverty stricken people. Founder of the outreach center, Jason King, hopes that by collecting bitcoin donations, he can help put an end to poverty, one step at a time.

Capital Area Food Bank is a charity that helps to feed over 48,000 people. Each dollar donated to the food bank is stretched out to buy $5 worth of food. The food bank has begun using a bitcoin donation strategy, and claims to be the first US food bank to do so.

Bitcoin is the solution to help change lives for the better. Bitcoin donations prove that bitcoin is relied upon by those in a state of crisis. It very well may be the answer to many economic problems.

Bitcoin has come a long way and continues to reach out to different industries in one fashion or another. Where the world takes bitcoin, or better yet, where bitcoin takes the world next will be an interesting take into societal expectations of the financial future.

Let us know in the comment section below on what you think of our list, and tell us some of your favorite uses for bitcoin (We just might include them in future Top 5’s)!