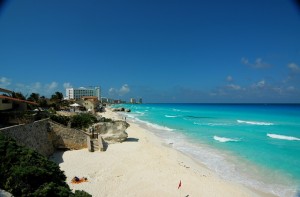 Have a couple of bitcoins on hand and looking for a lovely vacation spot? Look no further. You can now own luxurious apartments in Northern Cyprus by paying in bitcoins. Property developer, Kensington Development Group, is the one who is starting this project.

Bitcoin Resort is the project’s name and around 500 apartments have been chosen for it. These apartments feature a lovely and relaxing beach side resort in Northern Cyprus. The beautiful coast will appeal to those who wish to unwind and enjoy the atmosphere.

The apartments will cost 120 bitcoins, that’s around 98,000 USD. Having the option to pay in Bitcoin will open the market to different types of consumers.

“Not only do buyers get a beautiful escape from the cold of winter, but they get to vacation and socialize with other Bitcoin users,”

The beach resort is said to have swimming pools, secure underground parking, a restaurant, and a gorgeous view of the ocean. All in all, it seems like a pretty luxurious deal.

Bitcoin Real Estate Around the World

The number of real estate businesses and property developers who accept bitcoins are increasing as people world-wide are accepting the digital currency.

“Digital currency is a genie that has escaped its bottle and there is no going back.”

This is one small step for Bitcoin, and another giant leap for digital currencies. Even though some critics are still at odds with Bitcoin, the cryptocurrency is showing its resilience. People everyday are now able to use bitcoins more comfortably as more options are opened for the public.