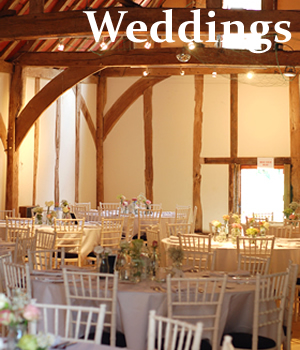 “Honey, remember the time we paid for our wedding in bitcoin?”

Many people may find themselves asking that very question as Loudwater Estate Event Center, a wedding venue service in England, now allows the bride and groom to pay for their ceremony in bitcoin.

The three-acre property in Hertfordshire, South England charges 2.359 BTC, which roughly adds up to around £2,000 for their services on your special day.

Estate owner John Michell said he began accepting bitcoin a week ago, but hasn’t made a sale just yet. He remains confident that a couple will be inspired by his 17th-century barn and beautiful environment to negotiate a deal with him:

“I think it might be somebody from abroad, perhaps China, who thinks: Wow, this is in England; we can go and pay in bitcoin, turn up, and have a wedding there!”

Michell runs digital currency related operations at his farm and hopes his wedding services could add to bitcoins popularity. In addition, he runs regular workshops and seminars around bitcoin to introduce the crypto currency to interested investors.

The cost of attending one of Michell’s workshops will run you 0.051 BTC or £25. He expects several dozen visitors for his next seminar, being held on January 25th. Michell is also looking into setting up a bitcoin exchange for the UK BTC community. In fact, he has joined with the German based Fidor Bank to accomplish his goal.

The bank is known for its positive outlook on bitcoin and already works in conjunction with Kraken. Kraken is a platform of security which protects hardware for bitcoin exchanges. Michell stated:

“It’s so difficult in England to buy bitcoin.

We want to offer people in the UK

the chance to buy bitcoin via the German system.”

Michell commented on his customers having to deal with the German bank account. He said he would not be able to take deposits with a local account, since UK banks haven’t been as open to the idea of dealing with bitcoin transactions.

Michell is no stranger to the banking system as he has worked for Bank of America’s London branch and Germany’s FIAT Bank. With a background in financial technology, Michell said he had purchased his first bitcoin for £15.

The now wedding venue entrepreneur became Loudwater’s owner after receiving a tip from his daughter that the estate had gone on the market. She is now managing operator of the estate. In 2013, the venue held 90 events, from weddings to meetings to other business affiliated occasions.

If you or a friend would like to have a wedding to remember, and you have some extra bitcoins sitting around, the Loudwater Estate may be the venue for you.

US Government Will Sell $25M Worth of Silk Road Bitcoins