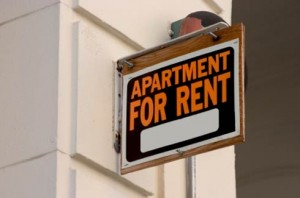 Bitcoin was recently used to pay for renting an apartment in a Manhattan area called NoLita. The founder of Bitcoin Center NYC, and the head of real estate brokerage Bapple, Nick Spanos said that this deal happened last month. According to Crain, a tenant paid rent, deposit and even commission to the brokerage via Bitcoin. The grand total for everything was almost $18,000.

This particular transaction was dealt by Jeff Goolsby, a Bapple broker. Goolsby explained that by using Bitcoin, the tenant actually saved money and avoided having to pay fees for checks or wire transfers. The Bapple broker also said that he was enthusiastic about the whole deal,

“The deal was easy for my client, and thrilling for me.”

Bapple has said that the tenant works for a tech startup and offered to pay for everything with Bitcoin. For months, Bapple promoted using Bitcoin payments for properties on a chalkboard outside of its office. Nick Spanos believes that this is the first time Bitcoin was used for a transaction in United States for real estate purposes.

This is a great step for Bitcoin in that with this transaction, people can see the value of the digital currency. If it can cover daily necessities like housing, people will be more inclined to understand Bitcoin in detail. This can perhaps influence individuals to try using the virtual currency for themselves.

There is, however, certain uncertainty in dealing with Bitcoin. The IRS said last month that it would treat Bitcoin as property for taxing. In addition to taxing, the safety of the digital currency is in question after Mt Gox claimed that it had lost around $500 million worth of Bitcoin.

Nick Spanos believes that the digital currency is safer than other electronic forms of transactions such as debit and credit cards if it is managed properly. In addition to this, dealing with Bitcoin is easier than dealing with wire transfers or checks.