Mark Karpeles Ordered By Judge to Appear in US Court 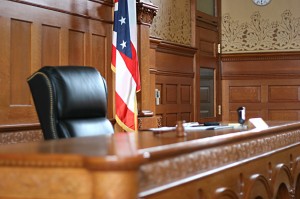 Mark Karpeles, the CEO of the ex-bitcoin exchange Mt Gox, has been ordered by a judge in Texas to come to the United States to give answers about its exchanges’ failure and why it filed for Chapter 15 bankruptcy protection in the U.S last month.

Karpeles has been summoned by Judge Stacey Jernigan to appear at the U.S. Bankruptcy Court for the Northern District of Texas, the Dallas Division on April 17th.

Before, when the bankruptcy protection was filed by Karpeles’ exchange, the court had granted it short term protection from creditors. Now, Karpeles needs to show and prove to the court that his exchange is deserving of being granted full protection by it. More details are required by the court as to why the Mt. Gox bitcoin exchange shut down and how so many of its customers lost their bitcoins.

Gregory Greene and Joseph Lack, two customers of Mt. Gox, asked the judge back in March to command Karpeles to come to the U.S to give statements explaining why the exchange went bankrupt and what became of the bitcoins. These two are plaintiffs in a class action suit against Mt. Gox and are accusing the ex-exchange of having committed fraud.

After Karpeles revealed that his exchange had lost approximately 750,000 of its customers’ bitcoin and another 100,000 of its own, the exchange made the announcement of filing for bankruptcy protection. Blaming the bitcoin protocol, transaction malleability and hackers on its loss, Mt. Gox tried to get itself out of deep waters with its customers. Majority of Mt. Gox’s customers are based in the United States.

Later on in March, the failed bitcoin exchange made the announcement on its website that it had found 200,000 bitcoins in an old wallet it overlooked while searching for the whereabouts of the missing coins.

Regardless of this find, there are still close to 650,000 bitcoins that are unaccounted for.

On March 9th, hackers broke into Karpeles’ personal blog and Reddit account. Accusing Karpeles of fraud, the hackers claimed that the ruined exchange kept some of the bitcoins it has adamantly claimed to have been lost or stolen.

In late March, research was conducted by Christian Decker and Professor Roger Wattenhofer, both part of the Zurich University’s Distributed Computing Group (DCG), to probe into the claims made by Mt. Gox on how it lost its bitcoins. They found that Mt. Gox has only had 386 bitcoins stolen due to transaction malleability attacks. Furthermore, the report raised the question that Mt. Gox needs to explain what happened to all the other bitcoins.

There is much speculation and distrust surrounding the entire issue of Mt. Gox and Karpeles. Neither the exchange nor its CEO has been forthcoming about important information regarding why the exchange failed and what happened to all those bitcoins it continuously claims to have been lost.

Failure to appear in Court

Speaking with CIO, Steven Woodrow, a lawyer for the plaintiffs Greene and Lack, commented on the consequences of Karpeles not appearing in Court. He said if this happens then Karpeles could face a variety of consequences ranging from the court admonishing him or even throwing out his case.

According to Reuters, while the exchange’s lawyers tried to convince the judge that it was not necessary for Karpeles to appear in court, the judge did not take kindly to their suggestion.

In February, the ex-bitcoin exchange also filed for bankruptcy protection in Japan. The Tokyo District Court is continuing to look into the case of the failed exchange. The report by the examiner has been delayed until May 9th. After this the court will rule whether the once flourishing exchange should be rehabilitated or liquidated.

For more development on this story, simply subscribe to CoinReport.