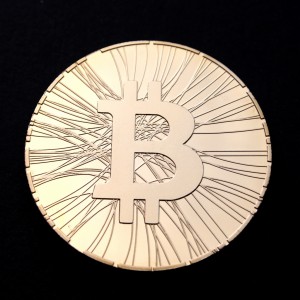 Japanese government is still striving to come up with a proper response to the bitcoin phenomenon even a week after the downfall of Tokyo based Mt. Gox.

For the first time, in a detailed response to the bankruptcy issue of the Mt. Gox bitcoin exchange, the government has issued a statement on how bitcoin is covered or not covered under existing Japanese law.

The document is a 6 page official response by the government to questions presented by Tsutomu Okubo, a member of the opposition Democratic Party of Japan and former managing director at Morgan Stanley.

The issue of bitcoin regulations came in to the limelight in Japan again because Mt. Gox filed for bankruptcy protection on February 28. The exchange revealed that it had lost about half a billion dollars’ worth of bitcoin and cash due to hack attacks. According to Mt. Gox’s lawyer, less than 1% of the bitcoin exchanges’ 127,000 creditors are Japanese. And still, the government is struggling over how to handle bitcoin.

According to the Wall Street Journal, the government of the nation holds that the digital currency is not a legal tender. A document released by Prime Minister Shinzo Abe’s cabinet stated,

“Bitcoin are neither Japanese nor foreign currencies and its trading is different from deals stated by Japan’s bank act as well as financial instruments and exchange act.”

Since bitcoin is not considered to be currency in Japan, it is thus taken to be as a form of a commodity. Hence, the government believes that just like any other commodity, bitcoin will be subjected to sales tax. Furthermore, any capital gains on bitcoin exchanges will also be taxed.

“Any bitcoin transactions are taxable when they fulfill requisitions stated by laws on income tax, corporate tax and consumption tax,” the government said as a response to how bitcoin will be regulated in Japan.

While the Japanese government comes to terms with bitcoin and how to deal with it, the digital currency is continuing to grow.

Coinreport Weekly: Regulators on Bitcoin, Mtgox Down and Satoshi Back?