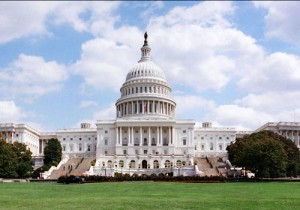 The bitcoin ATM manufacturing company, Robocoin, has been invited by Congressman Jared Polis to the United States Capitol Hill to do a presentation about its machines. This is a great development between the government and the digital currency known as bitcoin.

This momentous event will take place on April 8, from 4:00-7:00 P.M in the Rayburn House Office Building. The bitcoin ATM manufacturing company will bring its hardware and supplies to the capitol office. There, it will demonstrate the device to the rest of congress and other officials who will attend the event. A question and answer session will also be hosted by the company. Furthermore, Congressman Polis will also speak at the event.

“We’re honored to be the first Bitcoin company welcomed with open arms to demo on Capitol Hill.”

In a rare turn of events, someone who works hand in hand in the digital currency world will be given the opportunity to address government officials on such an intimate level. This meeting will allow Robocoin to explain bitcoin and how its machines function to officials. Excitingly enough, the event will give congress people a chance to buy bitcoin for themselves.

Kelley conveyed some key information through his invitation for the event. He wrote,

“You are cordially invited to a demonstration of Robocoin, the world’s first bitcoin kiosk for buying and selling the popular and controversial digital currency. Come see a Robocoin demo, hear a brief bitcoin talk from Congressman Jared Polis, try buying bitcoin yourself and ask your burning bitcoin questions. This will be fun, plus you’ll see how Robocoin is raising the bar on KYC / AML compliance in bitcoin. Welcome to the future of anti-fraud, anti-identify theft and anti-money laundering – this is customer protection built for the 21st century.”

In early March, Congressman Polis wrote a witty letter addressed to federal regulators imploring them to ban the U.S dollar. With tongue in cheek, calling the dollar “dangerous”, he tried to bring light to the issue of digital currency. With bitcoin being charged with money laundering and being used for illegal activities, Polis tried to explain light heartedly that the U.S dollar has been used in these cases for years and years. Polis has been a continuous vocal defender of the digital currency.

Bitcoin is sure to gain more media through this scheduled event. More people are likely to hear about the digital currency now than ever before.

We hope some of the congress people at the event will take part in purchasing their very first Bitcoin!

Mark Karpeles Ordered By Judge to Appear in US Court