When it comes to Flexcoin and MtGox, both companies have suggested hackers are to blame for their collapses, although this has not yet been verified by experts. Reporters within financial media appear to accept that hackers were to blame, despite the misgivings expressed from within the bitcoin community. Focusing on a flaw within the system can do more damage to the reputation of that system than focusing on the individuals operating it can. However, last Sunday, 09 March 2014, hackers claimed to have breached MtGox, accessing and then publishing data from Mt. Gox’s servers to various sites. The information shared paints a picture different to that being portrayed by MtGox CEO, Mark Karpeles. Instead of being victims of theft by hackers, it suggests MtGox may have stolen the missing funds from their own customers. This has yet to be verified but if proven correct, fraud charges seems likely. What is the saying? Absolute power corrupts, absolutely. Whether one understands the bitcoin protocol or not,  anyone can appreciate an inside job when shown one.

Negative press in general, however remotely related to bitcoin has been widely publicized by mass media.  Such an example is that of the unfortunate death of First Meta CEO, Autumn Radtke. Many articles suggesting her death was due to troubles with bitcoin have been published, with several of them suggesting she committed suicide. The fact of the matter is that officials are still investigating her cause of death. Until a cause is identified, it is unfair to Radtke’s memory, to her family and friends and to bitcoin to suggest she did commit suicide or that it had any relationship to bitcoin at all. Vultures of course, are apathetic creatures so what more can one expect.

The frustrating issue is that for many of the regulators and policymakers of the world, these failures and victims provide the perfect opportunity to push for regulation of virtual currencies, particularly bitcoin. Decisions are being made globally whether to accept or reject bitcoin and we really are seeing a mixed bag of responses from those in power.

Pierre Moscovici, French Minister for the Economy and Finance calls on the EU to regulate virtual currencies.

“This is an imperative topic to be treated not only at national level but also at European level. In order to ensure this necessary convergence, I intend to request the other countries of the European Union to bring the topic on the agenda of the Ecofin Council.”

As it currently stands, bitcoin is  considered “neither a legal currency, nor a means of payment …[and]…  does not fall directly within the scope of supervision and surveillance of competent authorities in payment issues”, according to the Bank of France. The same can be said for the European Central Bank, who mirror these findings and also added that virtual currencies

“are not often linked to a geographical zone or a specific currency, which complicates any regulation or law enforcement.”

Where  publications choose to highlight negative issues, without giving fair exposure to the positive issues, it is no surprise to see the concerned authorities call for regulatory measures. Since bitcoin transactions are not covered by EU legislation on payment services, bitcoin is understandably viewed as a risk by Banks, like the Bank of France. Currently  any conversion of virtual money to real money is considered the responsibility of the payment service provider. However, not all bitcoin transactions fall under this category and so are not included in this responsibility. The lack of control is a concern to some regulators, like the Bank of France, who said:

“The anonymity of transfers of Bitcoin is primarily a risk for the use of this virtual money in criminal purposes (Internet sales of goods and illicit services) or for money laundering purposes or financing of terrorism,”

However, it is difficult to understand the focus on the illicit service and money laundering potential of a virtual currency like bitcoin, when dealing in cash, such as the dollar or Euro poses the very same problem. Cold hard cash has been the long standing method of payment for such illicit activities for decades, and these currencies are under regulatory control.

The European Banking Authority (EBA)  distributed an alert to consumers in December 2013 informing them of the risks associated with virtual currencies, including volatility, non-convertibility and exposure to hacking. However even since then and with the bad press that has been received, bitcoin is continuing to grow with more adopting the virtual currency daily. With that in mind the issue of non-convertibility is shrinking  and the exposure to hacking can be addressed by taking appropriate precautions with stored bitcoins (eg cold storage).

Mixed bag of opinions: to scrap the VAT, or not?

At the moment there are mixed views regarding the status of bitcoin as money across the European Union. Germany and the United Kingdom both consider bitcoin to be private money while France disagrees. We are seeing some countries, like Germany, call for bitcoin to be taxed, while others, like the United Kingdom have done a 180 and decided against taxation. Clearly even those that agree on the private money count cant agree when it comes to taxation. Outside Europe, similar issues are being faced. Japan have finally declared their position on bitcoin and crypto currencies and are now discussing potential ways to tax bitcoin transactions. These discussions are taking place despite the fact that Bitcoin is not considered legal currency in Japan and will likely be in the form of consumption and corporate taxes.

On the point of reversing  the decision to add VAT (value added tax) to bitcoin transactions,  John Harrison, a UK based bitcoin ATM  entrepreneur said:

“If they had added VAT that would have destroyed us, there would have been no point in starting this business at all. It’s great that the UK authorities are seeing bitcoin as an innovative technology that can help the economy.

With the UK’s decision to scrap VAT on bitcoin transactions we may be seeing  the start of a change in mindset occur within some regulatory bodies. Those with a forward thinking mentality are starting to see the bigger picture and understand that it is better to work with bitcoin than against it. Slowing the momentum of bitcoin by taxation will stifle it’s growth, but only in the areas affected by such regulation. Those governments that allow bitcoin to grow may be the very ones capable of harnessing the benefits of bitcoin for all. All bitcoin needs is a fair chance for it to flourish, for the positive steps this new and revolutionary network is making to be broadcast to the masses along with the tumbles it makes along the way.

Yes, there is an element of fear, lest something like what happened at MtGox happen on ones own doorstep and backlash be received for lack of regulation. Of course, the discussions should happen but the decisions made need to be weighed carefully. The risk of stifling the growth of bitcoin through taxation needs to be balanced by the risk of allowing rogue exchanges get away with theft. As it currently stands there are no regulations in place giving governments the power to legally step in these situations. But should they? Perhaps not yet. Discussions need to take place and for that the request made by Pierre Moscovici to the EU member states is a good move.  It may be beneficial to all those choosing to use bitcoin for countries accepting bitcoin to adopt a shared stance on taxation and regulation.

Right now regulation, using current legislation may lead to the unfair taxing of bitcoin users. If it is going to be done then taxation needs to be done fairly. Right now we can be sure that the road to regulation will be rocky, and maybe that was something cleverly built into the  design. 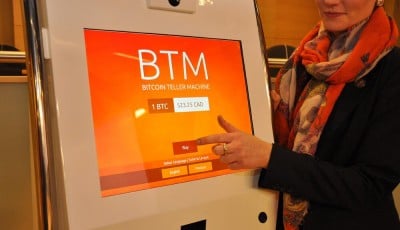