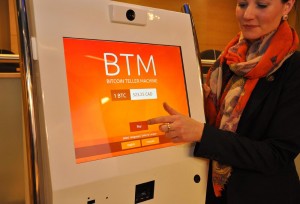 The Canadian Senate’s Standing Committee on Banking, Trade and Commerce held a meeting with the Bitcoin Strategy Group, BitAccess, and CAVirtEx on April 9th to discuss how Bitcoin gets bought and stored. The goal of the meeting was for the Canadian Senate to understand digital currencies better. In specific, how the Canadian Senate can deal with and regulate Bitcoin.

Meeting Held by the Canadian Senate to Discuss Bitcoin

During the meeting, different Bitcoin topics were covered. This included: bitcoin storage, wallets, and how to get bitcoin. CAVirtEx, Canada’s largest digital currency exchange, and Bitcoin ATM manufacturer BitAccess discussed the need for government regulation.

Policy adviser Christopher Reed was the first person in the meeting to buy Bitcoin from a present BitAccess ATM by inserting C$100 into the machine.

According to a CoinDesk article by Victoria Van Eyk,

“The Bitcoin Strategy Group hopes to return in the future to focus on the day-to-day benefits of digital currencies that we can all relate to, including the opportunity for cost savings in the remittance world – where Western Union pocketed $1.1 billion in 2013 for transferring funds, mostly to developing nations – the future of micropayments and ‘social tipping’ for the arts and online content, and the huge benefit for retailers when using bitcoin to transact with.”

Should there be regulation for Bitcoin?

Larry O’Brien, CAVirtEx’s adviser, told the Senate that regulation was needed for Bitcoin. He said that regulating Bitcoin was necessary for exchanges to turn into serious businesses because this would mean an implementation of checks and balance. According to O’Brien, this will ensure confidence from Bitcoin users and the public.

Senator Pual J. Massicotte asked if there was even a need to regulate Bitcoin since it could undermine the digital currency. CAVirtEx’s CEO, Joseph David, replied that if Canada wished to continue Bitcoin exchange businesses, bank support is necessary. For that to happen, government regulation is required. If it wasn’t clear enough David added,

“Our only other option is going offshore.”

However, even with this said, one Canadian Senator still wanted to know if regulating Bitcoin would diminish the benefits of the digital currency. Bitcoin Strategy Group’s Kyle Kemper responded by saying,

“Canada has become one of the leading countries in the world in terms of Bitcoin entrepreneurship and innovation. Before we can come to any conclusions, we must understand what Bitcoin is, how it works, and what the future with Bitcoin may look like.”

Interestingly enough, the Canadian Senate generally had a good understanding of Bitcoin. However, the question still remains on how the Canadian Senate will regulate the digital currency. CAVirtEx’s Joseph David asked for Bitcoin to be regulated as a foreign currency. In response to this, the Senators seemed pretty interested.

Here is a link to the Canadian Senate meeting.

Elizabeth Ploshay Helping Get Alakanani of Botswana to Bitcoin2014