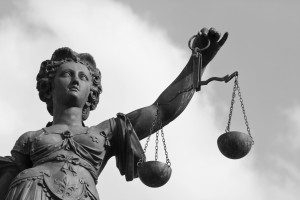 Today, I’m going to use my thousand words to talk about just one sentence. At his speech at Cardozo law school back in October, NYDFS Chairman Benjamin Lawsky said this about the proposed (rather severe) BitLicense regulations on Bitcoin traffic.

“When it comes to safeguarding customer money at a financial company – an unregulated world of caveat emptor has never been a sufficient answer […] we do not, for instance, let someone run a bank out of their garage.”

Today, we’re going to talk a little about caveat emptor, and why you might want to. The phrase is Latin, and translates literally “Let the buyer beware.” The phrase is very, very old. These days, we use the phrase to denote a legal doctrine in which buyers in a market are responsible for their own purchases. If they are sold an item which isn’t very good or turns out to have been misrepresented, they do not have legal recourse: the buyer is responsible for verifying the quality and integrity of the product themselves.

Banking does not work in this way. Of course, fraud and theft are illegal – but, as it turns out, regulations against fraud and theft have minimal costs of compliance: the laws only impose burdens on you after you’ve already done something wrong. Banking regulations as they exist today are much more proactive. Not only is it illegal for a bank to steal or defraud, it’s also illegal not to jump through a number of complex and expensive hoops intended to demonstrate that you are competent and don’t intend to steal or defraud. This is the nature of the regulation that the BitLicense is intended to import into the Bitcoin world.

Now, it’s worth noting that to some extent, these regulations work: generally speaking, banks that can jump through all the hoops imposed by financial regulators are unlikely to just up and vanish with your money, Mt. Gox style. It won’t stop them from investing customer funds in risky mortgage-backed securities, but, well, you can’t have everything. The point is, there is some value being derived here.

Right now, the banking system works well enough that ordinary, salt-of-the-earth middle class people without any background in finance can pick a bank because they like the name, invest their savings in it, and generally expect to get their money back out again in the future, minus a tithe for inflation. That’s a very good thing, and it wasn’t always this way. If you can find someone old enough to remember them, ask them about bank runs: the wild west early days of high finance were not a pretty picture.

The question that we’re interested in today is, what is the cost of regulating our financial sector in this way? What are we losing?

The answer, in a word, is innovation. The cost of compliance with existing financial regulation is so enormously high that there’s very little real competition in the space. Banks experience progress in the way that rivers form canyons: without any undue appearance of haste. Credit cards as a payment technology date back to the twenties, and the modern magnetic stripe cards date back to 1970. During that time, they have changed very little: we invented the microprocessor, cell phone, internet, cryptography, personal computer, space shuttle, compact disc – but we still pay using comically insecure plastic cards. The difficulty of competing in the hyper-regulated financial industry is so high that the enormous boom of silicon valley innovation has virtually passed the finance industry by.

Now, take the traditional, regulated financial industry and compare it to the wild west free-for-all that is Bitcoin. Is Bitcoin more dangerous? Absolutely. Bitcoin banks and exchanges fold periodically, and scams and theft are rampant. However, the Bitcoin economy, as small as it is, has seen an enormously high rate of innovation in a very short period of time. Blockchain scripts, multisig wallets, and smart property, are all game-changing financial innovations that have popped up in the last couple of years. That’s what we’ve been missing all these years. It’s sad to think of what future technologies we might miss out on if we put a stop to it all in the name of protecting consumers. That’s why people keep on being interested in Bitcoin, despite all the fraud and theft. This is what happens when you let people run banks out of their garage.

One could make the argument (and I certainly do) that financial regulation should operate more like a labeling organization. If you jump through all the proscribed hoops, you get a little gold star to put on your ads. It gets drilled into everyone from a young age that if you invest your money in an institution without a gold star, there’s a decent chance you’ll get robbed – but people are free to run businesses without a gold star. If you do choose to do business with them… caveat emptor.

The advantage of this is that the unregulated industry will innovate rapidly, and force the regulated industry to keep up. When the value of unregulated innovations exceeds the inherent danger of the unregulated economy, the regulated economy will start losing money until they catch up. This system will never happen, of course, because our regulatory authorities do not seem to believe in the value of competition to keep markets honest. Or, perhaps, because they enjoy the extra-legal power afforded to them by the current status quo.

So, instead, I have a simpler proposal: leave Bitcoin alone. Decry it, disclaim it, make it clear that the government does not approve – but don’t regulate it. Very few people are losing their life savings to Bitcoin, because most people have the sense not to bet the farm on sketchy internet money. I want to see how this story ends. I want to see what the financial technologies of the future look like. I want Bitcoin to sweat the banks and force them to bring better products to the table. I want innovation. I want competition. The American consumer deserves more than they’re getting, and Bitcoin has the potential to make that happen.

Oh, and as far as terrorism goes (something that Ben Lawsky mentioned in the same speech, and the second-favorite boogeyman of the federal government after pedophiles), you might be interested to know that ISIS just launched their own currency.

It’s stamped out of gold and silver and copper. Whatever you might be told by hysterical fear mongers, radical Islam is not technologically advanced. They are not particularly well funded. They are not particularly geographically diverse. The only reason they’re well armed is because we can’t seem to break our addiction to giving them guns. Bitcoin has more to offer the coffee shop down the street than it does to ISIS.

It certainly has more to offer the financial industry.