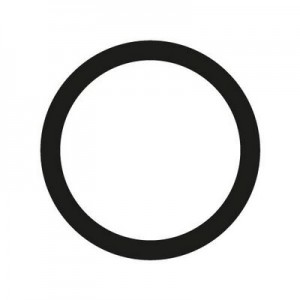 In June, my colleague Andre Infante wrote about the launch of Swarm, a network of startups that allows each of its startups to develop a coin and sell it to raise funds. In his article, Infante wrote that Swarm “has set itself the rather lofty goal of becoming ‘the Facebook of crowdfunding.’”

Just as Facebook has arguably revolutionized social media, Swarm is committed to bringing “revolution to finance” in the same vein that “the Internet revolution has brought to bear on everything from book sales, to music, media, the Arab states, and even to the way we catch a taxi,” states the Palo Alto, California-based company in its manifesto.

The manifesto starts off with the following:

“Welcome to the Swarm Spring. In Berlin on June 17th Swarm declared a revolution. We stated our vision to restore to all people the power currently monopolized by the 1%, the power to participate meaningfully in economic life. Unlike past revolutions, this is a revolution not to be joined, but to be owned. This is a fundamental fight for democracy, this is the Swarm Spring.”

In an interview with CoinReport, Swarm founder and CEO Joel Dietz spoke about the revolution his company declared, saying: 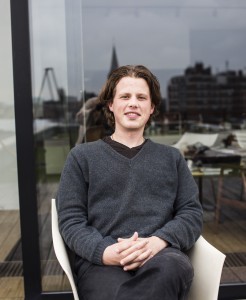 “I see our primary disruptor as more to venture capital or other kinds of industries that have a very clear way that they’re going about business that is not very inclusive and us going back saying, ‘Look, the 99 percent.’ Really, in the US, you can only invest if you have more than a million dollars. That can’t include your home or anything like that, which is very weird. It’s not like an intelligence test. It’s not looking at anything else. It’s solely based on the amount of money that you have….I really think all we want to do is say, open this to the 99 percent who are not really able to participate.”

Dietz said institutional changes have to happen from the bottom up.

“When we say revolution, it’s really allowing this sort of inclusive movement that anyone can participate in as opposed to something which is only done by people who basically have lots of money. I see that as really a traditional entrepreneurship…to give everybody an opportunity to make something of themselves, but some [for] reason, it doesn’t actually work with investment right now.”

Swarm is described on the company’s website as “real crowdfunding.” The site goes on to say, “Swarm is Kickstarter powered by bitcoin technology. It allows regular people to fund startups they like. Entrepreneurs raise more faster by engaging with more people. Funders participate in risk and reward.”

“I think both of us, for various reasons, were just really excited about this Bitcoin 2.0 technology set and the kind of different things you can do with them that you could never do before. I was reading about smart contracting technology and the theorem, and one of the things that was the most obvious application was fundraising, and particularly a kind of new form of crowdfunding that could arise from this.”

As Infante reported in June, Swarm launched its own eponymous cryptocurrency, of which it was selling units to the public in exchange for Bitcoin. Within the first 18 hours Swarm raised more than 1,200 Bitcoins. According to Bitcoin Magazine, in a preview of Swarm’s first-ever Decentralized Demo Day, which took place November 5 in Silicon Valley, the company raised more than $1 million USD exchanging Swarm coins for Bitcoins in July. As The Economist reported in early July, “for their investment, users will be given an equivalent amount of swarmcoins…at a rate of 5,000 swarmcoins per one Bitcoin. Those swarmcoins are then used to back projects much in the same way dollars or pounds back projects on Kickstarter.”

Regarding the genesis of the Swarm coin, Dietz told CoinReport:

“Our goal was always to give kind of the maximum benefit that we could within the context of an existing legal system. So, that was kind of general parameters and concerns. We thought a lot of people to have early access to projects, and some kind of tokens that were distributed and things like that, could be a really good kind of way to let people know about projects and get discounts, and other things like that. [It] sort of came into the whole dogfooding ourselves because we saw a lot of different potential applications of this technology and we sort of wanted to test them all ourselves with our own coins. There’s different things, like voting, that we allow to give our coins voting privileges on certain events so that everyone who is in the Swarm [network] can vote on the future on the future of Swarm.”

Indeed, members of the Swarm community have been active in shaping how the company supports startups. Leading up to the Decentralized Demo Day earlier this month, at which the company launched its first class of five projects, Dietz told CoinReport that “we have a totally decentralized process for [the selection] that people who are part of the Swarm volunteer to be reviewers of the projects.” Essentially, Swarm selected the projects that ranked highest in the review process administered by volunteers.

The startups showcased at the Demo Day are:

At the Demo Day the five startups also launched their own crowdsales through Swarm’s platform. According to Swarm’s website, Manna and Decentralized Dance Party are launching soon, Coinspace and Swarmops are in presale, and Judobaby’s sale is ongoing. Another member of the Swarm network, Storj, a decentralized cloud storage, is set to launch soon.

Also at the Demo Day, Swarm announced Techstars as the first-ever investor to back Swarm coins.

“Here at Techstars, we couldn’t be more excited about the future of Bitcoin technology as applied to crowdfunding,” said Techstars CEO David Cohen in a press release sent to CoinReport. “We believe that Swarm’s innovative fundraising model has the possibility to completely transform the venture capital industry, and we want to make this happen. That’s why we are making the world’s first fund investment via cryptoequity.”

Swarm delves into the concept of cryptoequity in its manifesto, describing it as one of three vital components to the Swarm vision.

“Cryptoequity is a replacement for traditional investment infrastructure,” reads the manifesto. “It is decentralized, and democratic and auditable. It allows flexibility in operating to suit any project requiring an investment. It permits the parameters of the equity to be aligned with what is best for the project. This may include both a share of profit or growth or even a true and equitable share of decision making power.”

The manifesto goes on to say:

“We believe that cryptoequity is to equity what cryptocurrency is to currency. It is a totally new technology that needs to be treated as such. We will spend our time and effort to ensure that it is treated as the promising new technology that it is, rather than simply forced into an old legal box. Although we will be forced to work across legal jurisdictions, we believe that the benefits of adopting these new technologies are immensely greater than working to resist them, and we expect many nation states to welcome and accommodate this, just as they have accommodated Bitcoin.”

Dietz told CoinReport that he sees “cryptoequity as sort of this umbrella term for different kinds of token offerings that are done, of which they can be connected to an intellectual property.”

“They can be connected to some kind of legal equity, like a share in a company, and they can be connected to a sort of distributive project that has some sort of stock-like properties, or they can just be something that’s consumable in the context of a network in the sense of sort of a theory in distributive network where there’s actually a sort of consumable token. All of those things I generally characterize as cryptoequity and I think we’re really the first sort of serious platform that kind of allows people to kind of create their own tokens then kind of distribute them with a variety of potential applications within that space.”

Dietz said Techstars’ investment is “really good in the sense that it shows the people who are involved in venture capital and traditional startup investing see the huge potential for cryptoequity, see their existing networks, and things like that can be leveraged and potentially there’s a huge market there for this type of service and the fact that [Techstars has] actually chosen to invest in the cryptoequity itself is a really groundbreaking moment for them.”

Reception of the Decentralized Demo Day was generally positive, said Deitz, noting there had been a lot of excitement built for the day, which drew people from other parts of the US and also outside of the country. He said he thinks there are possible fewer individuals “like traditional investors who are very comfortable with the current status quo…and so maybe they didn’t show up or care very much, but I think there’s a whole wave of people who just really want this to succeed.”

With Bitcoin and its technology as applied to crowdfunding, Dietz sees “this more fluid layer that allows people to fundraise more quickly…The faster that you can raise funds – because it’s definitely a core need in many projects – the faster that you can get on to other parts of the business. That just increase innovation.” 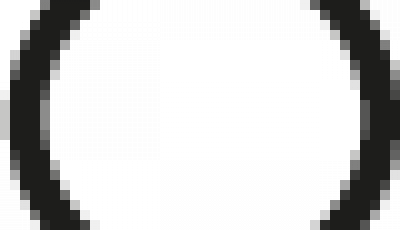