Note: this article deals with adult topics, and some links are Not Safe For Work. 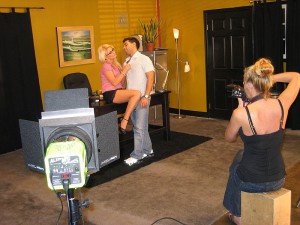 Bitcoin has the potential to dramatically change many industries: remittances, gambling, even the stock market. One area that doesn’t immediately comes to mind is the adult film industry: it certainly seems like online pornography is getting along just fine without Bitcoin.

The big, much uglier picture involves the DOJ, a number of major banks, and has an ominous sounding codename: “Operation Choke Point.” It works like this: the Obama administration, in cooperation with the Department Of Justice and the FDIC, is actively and intentionally strong-arming the major banks of the US into discriminating against industries that the administration deems “high risk.” The stick being used is the threat of audits. Since these industries have been declared “high risk,” banks dealing with them will be subject to more frequent, and more in-depth audits than their competitors. In regulatory terms, this is the equivalent of kicking the carpet while remarking loudly about what a nice place you have here. 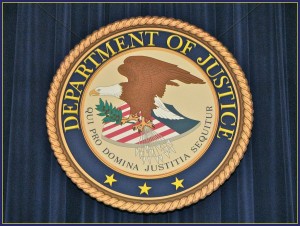 Initially announced in 2013 by the US Department of Justice, the goal of the program seems to be to cut off access to financial services to legal industries that the administration deems morally objectionable, including pornography, online dating, legal arms sales, firework sellers, and online gambling. The thinking being that, since banking is critical to surviving as a business, if you can cut “undesirable” industries off from being able to use it, you can destroy them, despite a lack of any legal basis to do so. If that sounds like an absurd and unconstitutional abuse of power to you, then congratulations: you’re up to speed.

The legal fiction that we’re meant to accept here is that “Operation Choke Point” is simply an honest, good-faith attempt to crack down on highly fraudulent industries, with no intent to regulate morality. Traditionally liberal venues like Mother Jones are doing their best to sell that narrative. It does, however, take a peculiarly naive mind to look at the list and conclude that there’s no attempt to purge undesirables on moral grounds. Even if you believe that the motive is innocent, the arbitrary selection of large, entirely legal industries to be destroyed, with zero congressional oversight ought to disturb you.

Operation Choke Point is interesting, because it reads more like a paranoid Libertarian fantasy than it does like a real thing that’s actually happening. It seems so perfectly horrible, as though it were intended to satirize the flaws in our current financial system. Operation Choke Point is nothing less than an attempt to weaponize the dysfunctionality of our financial infrastructure against the American people.

The federal government is aware that there’s minimal inter-bank competition. They know you have few choices, and they know that banking regulation is easy to manipulate – and they like it that way. Rather than fixing these problems, they would rather use this situation to dig the boot in, and blatantly circumvent the constitutional freedoms of people they happen to dislike. The first amendment is intended to protect people who say unpopular things and make unpopular art – including pornographers. This is a program that is being conducted with no oversight, contrary to the spirit and quite possibly the letter of the constitution, and is something that pretty much everyone should be angry about, regardless of whether or not they are personally affected. This is clearly not how banking regulations were intended to be used.

Even a former chairman of the FDIC, William Isaac, has written an article, expressing his opinion that Operation Choke Point is “way out of control.”

“No matter what your personal view may be of payday lending or check cashing services, Operation Choke Point should be both alarming and repugnant. It is a direct assault on the democratic system and free-market economy that have made the United States the most powerful and prosperous nation in world history.”

Fortunately, Bitcoin provides an outlet for those who have been effectively forced out of the existing financial sector. It’s a little bit disturbing to imagine what might happen if Bitcoin didn’t exist, and those who had been declared persona non grata by the government had no recourse at all.

In order to get a better idea of what it’s like to leave the traditional banking system and make the jump to Bitcoin, we spoke to some people who have done exactly that.

Saffron and Dennis Bacchus are adult performers and small business owners. Saffron has been vocal in her support of Bitcoin, and is very visible in the community (link is very nsfw). 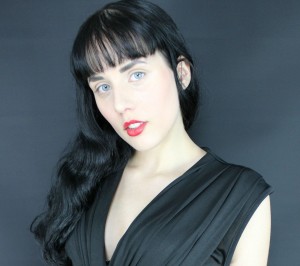 Here’s what she had to say:

Could you tell us a little about yourself and your business?

Within a year, Dennis’ engineering company ran out of money and laid off most of the staff, including him. We needed to figure something out and the job market wasn’t too hot, so we wanted to start our own business. I had done some custom fetish video commissions while camming, and that was a lot of fun and good money, since unlike cam shows, videos can be resold over and over forever! So we focused on that, and quickly built up a fan base for our videos! It wasn’t long before we were making more than Dennis’ salary as an engineer, so we kept reinvesting into the business and building it into the porn studio it is today! Now we do a lot more than just shooting videos, but production is still the core and primary revenue generator for our business.”

It’s not uncommon for people in the adult film industry to run into problems with PayPal, banks, and other financial service providers. Have you run into problems like that, and could you share a little bit about the experience?

“We’ve had a ton of issues! PayPal shut us down within the first week of using them to accept custom video commissions. Since we use American payment processors and affiliate programs, we receive all our income in USD, which is a problem for our Canadian bank since they like to hold USD cheques for 30 business days. We recently had an issue where our bank “lost” some cheques we deposited into an ATM, then gave us the run around for 2 months trying to track down the problem only to end up returning each of the cheques back to the companies who sent them, instead of to us for re-depositing. […] Thanks to bitcoin, we don’t need to keep any money in the failing banking system and still have easy access to our funds! We could never go back!”

Could you talk a little bit about your experience accepting Bitcoin via your site? Do you recommend it for others in the industry?

“When we first set up our website to resell our videos and take custom orders, we were really excited to sign up with BitPay as our payment processor. It was really easy to integrate into our site’s shopping cart plugin, and they handled all the USD to BTC price conversions so we could just list our videos in a static USD price and not have to worry about the BTC price. They allow for the instant conversion of BTC to USD which is great for merchants who don’t want to hold BTC, but we never used that option since we prefer BTC over fiat. […]

Sadly, we had to remove the ability to buy directly through our website once we set up CCBill for processing credit card payments, because even though they allow for adult transactions specifically, VISA and Mastercard have strict morality guidelines that need to be followed. Since a lot of our content is very taboo, there was a lot of back and forth during the set up process with CCBill’s compliance team forcing us to take down videos that the CC companies might find objectionable.

In the end, it was just too much hassle and we had already paid our $1000 set up fee to Mastercard and VISA, so we just took down our store from our site. Now we are forced to sell almost entirely through Clips4Sale […] which takes a 40% cut from our sales.

[…] Luckily BTC acceptance is growing exponentially so soon hopefully most of our income will come through BTC directly so we can keep 100% of our sales. We’re actually working on setting up our own BTC-only membership site in the new year, so we’re really excited about that!”

You mentioned that you live primarily on BTC. That’s interesting, and not something that many people can pull off at this point. Could you talk a little more about that? Where do you do your day to day shopping? Do swings in the market worry you?

“Living on BTC isn’t all that difficult anymore, and for us it’s the best way to handle money doing the business we do, and living where we live. The cycle is pretty straightforward: Income goes right into our American bank account (through mobile cheque deposits), which is used to purchase bitcoins through Coinbase or Circle (depending on the account limits at the time or who has the better rate). Then, as much as is necessary to pay the bills is sent to a Canadian exchange to sell and withdraw to our Canadian bank account, and the rest is put into cold storage.

With instant buying and selling the whole process only takes a few hours so price volatility isn’t really much of an issue, and we believe in the long term value of Bitcoin so fluctuation in our savings doesn’t really bother us. As far as buying things, we just use credit cards or debit like always, except we effectively pay off the balances with Bitcoin. Circle makes it really easy to withdraw to our credit cards so our bank balance is usually just enough to cover rent.

This whole process, as convoluted as it sounds, actually saves us a huge amount of time and money. Using traditional methods, our funds would be locked for 30 BUSINESS DAYS after receipt, plus all the fees associated with moving funds around or even having funds in an account. Let alone the number of times we’ve had money frozen by the banks for no reason other than their own incompetence, this system is amazing and we could never go back. We look forward to a future where the entirety of our income is in Bitcoin, and we can eliminate the banks from the process entirely.”

Do you think Bitcoin has a future in the adult film industry, and, if so, what area of the technology would you say needs the most improvement?

“Absolutely! BTC will be huge for the adult industry, since it keeps purchases confidential, secure, and cuts out the CC middlemen. I would say the area that needs improvement most would be in recurring payments to allow for easy acceptance on subscription sites, but we’re already seeing improvements in that space and I think it’s only a matter of time before most wallet services offer it.”

It’s your money, and, if you can make it through the wild market swings and limited acceptance, it’s yours to do with what you like. No single national government can cut you off from access to banking services because they don’t like what you do for a living. There’s a lot of value there, and value that will only grow as the government becomes more and more inclined to legislate morality and micromanage every aspect of our personal lives.