For the avid supporters of bitcoin, the digital currency is the gateway to transactions of the future. On the flip side of the coin, the financial institutions do not really know, as of yet, how to deal with this new innovation. 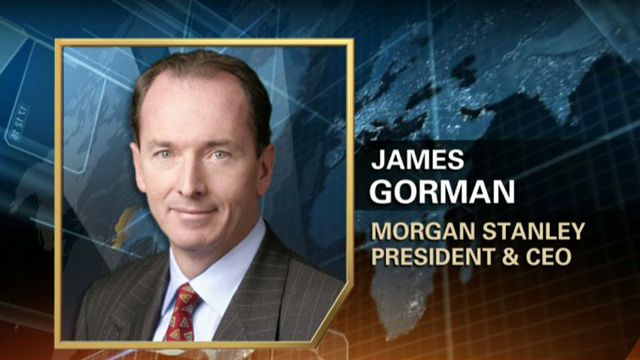 James P. Gorman, the Chief Executive of Morgan Stanley, stated in a televised interview on March 10th that he did not have a firm understanding of bitcoin. When the Fox Business Network’s Maria Bartiromo asked Gorman about bitcoin, he said “I’m not sure I understand it.”

The digital currency has been in the headlines recently due to the collapse of Tokyo based Mt. Gox exchange and after Newsweek claimed to have found the currency’s maker.

Jamie Dimon, Chief Executive of JP Morgan Chase, also expressed doubt over bitcoin and called it a “terrible store of value.” He said that the digital currency can be generated over and over again.

When asked about his thoughts on the digital currency, during an interview conducted with CNBC in late January, Dimon remarked “The question isn’t whether we accept it. The question is, to even participate in people who facilitate bitcoin?”

Further slinging mud at the digital currency, Dimon stated that what he has read from the CNBC news is that the coin is being used for “illicit purposes.” That is a broad generalization to say the least. Just as paper currency is used for a host of things, so is digital currency.  To label the coin as being used mainly for illegal activities is a serious misunderstanding.

These announcements from major financial establishments add fuel to the fire. They are not doing anyone a favor by being narrow in their approach to the way they view digital currency. For those who desire for the digital currency to become assimilated into the existing financial system, it would help them to have the support of major corporations. A former officer at the Consumer Financial Protection Bureau, Raj Date, said that “market makers” could help stabilize bitcoin’s volatility. On the other hand, avid supporters of bitcoin view the digital currency as free of the traditional banking system and government involvement.

Bank of America Merrill Lynch appears to be more welcoming to the digital currency. It stated in a report in December that the coin could “become a major means of payment for e-commerce and may emerge as a serious competitor to traditional money transfer providers.” It continued to state “as a medium of exchange, Bitcoin has a clear potential for growth.”

Whether you are for or against it, bitcoin is here to stay. People are continuing to jump on the bandwagon of this phenomenon.