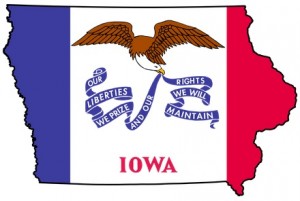 Yet another US state has taken to cautioning its citizens of the potential dangers of using digital currencies like bitcoin. Iowa’s Department of Commerce Insurance has released an investor advisory, which references past hazards that have already happened within the bitcoin community.

The advisory provided examples of some of those risks associated with bitcoin. It stated:

“As with all investments, those tied to virtual currency have risk. Some common concerns and issues you should consider before investing in any product containing virtual currency.”

Some of the examples included alluded to the lack of and minimal regulations attached to the digital currency realm. Another was that bitcoin accounts are not insured by the Federal Deposit Insurance Corporation. Citizens of Iowa were also cautioned of the digital coin’s volatility, as bitcoin’s value has fluctuated largely over the past several months.

“Unlike traditional currency, these alternatives typically are not backed by tangible assets, are not issued by a governmental authority and are subject to little or no regulation. The value of virtual currencies is highly volatile and the concept behind the currency is difficult to understand even for sophisticated financial experts. Investors should be aware that investments that incorporate virtual currency present very real risks.”

Other US states such as Wisconsin and Missouri have also taken the same stance on bitcoin as Iowa has. Wisconsin’s Department of Financial Institutions Consumers believes that bitcoin investors may be potentially breaking the law, as bitcoin is yet to have a fully regulated structure.

As for the state of Missouri, state secretary Jason Kander released an investor alert warning users that bitcoins have been used to money launder, and third party bitcoin firms have been hacked out of bitcoins.

Although there have been some hiccups within the bitcoin system, there is no need for repetitive warnings, as they make bitcoin seem as though it is an unstable and crooked currency. Bitcoin’s image becomes sullied up with each release that cautions users to stand clear of it.