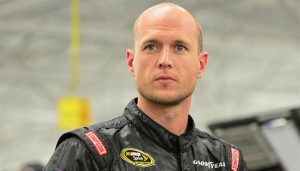 NASCAR Driver Josh Wise speaks about Dogecoin and the Dogecar

“Well at first I was like, I didn’t even necessarily think it was gonna be possible. You know it’s a pretty big feat that everybody pulled off to raise as much money as was raised.”

For a while, Josh Wise didn’t think this feat would be possible, however, when the Dogecoin community started pooling in resources, he realized that there “was a big chance of it happening.”

When Josh Wise was asked if he knew about Bitcoin or Dogecoin, before the sponsorship possibility, the NASCAR driver said that he did not. However, when he caught wind of the potential sponsorship he “kind of dove in pretty quick” and tried to understand as much as he could about the digital currency.

“I guess it’s hard for people to grasp if you tell them it’s an electronic-geared currency. So basically I tell people that it’s like email for cash. It’s like an electronic currency.”

In Josh Wise’s opinion, the hardest question to answer is about how someone can get the digital currency. Wise said,

“So the big question people ask is, ‘So how do you get it?’ you know what I mean. And that one’s hard to explain because I haven’t mined but I tell that that you can mine it, you can buy it. It’s really kind of interesting because it’s so hard for people to wrap their heads around – including myself, like, you know I’d say I have a better understanding at this point. But at the beginning I was asking the same questions.”

Josh Wise and the Dogecar will be racing at Aaron’s 499.