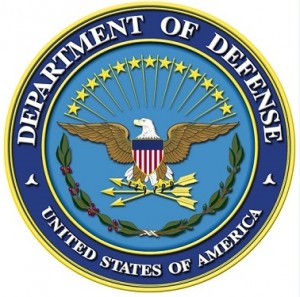 Bitcoin has been called a lot of things and has been viewed negatively in the eyes of critics for some time now. However, now it has gone as far as to be considered a potential terrorist threat.

Is Bitcoin a Terrorist Threat?

The US Department of Defense has begun an investigation – studying the possibility of digital currencies like bitcoin being a threat to the country.

The Combatting Terrorism Technical Support Office is a program that will educate the military on the potential dangers new technologies can pose on the nation. With its revolutionary new technology, it seems bitcoin is at the top of that list.

The CTTSO released some information on the matter, stating:

“The introduction of virtual currency will likely shape threat finance by increasing the opaqueness, transactional velocity, and overall efficiencies of terrorist attacks.”

One of the offices biggest concerns lies within bitcoin’s anonymity. When conducting transactions, users identities and locations are concealed. Additionally, it is difficult, if not impossible, to backtrack a transaction to an individual user as it is anonymous.

This might make it easier for criminals to abuse the digital currency platform and conduct illegal activity, such as drug trafficking, money laundering and selling contraband. Although a Treasury Department probe could not find bitcoin being associated with any financial terror plots, enforcement remains cautious as bitcoins might have the ability to do so.

Other subjects of study examined in the offices research of terrorism included Android, Motorola, social media and “virtual reality”.

Just this past weekend, the state of Iowa warned of the risks investors are getting into when dealing with bitcoin. This has become somewhat of a trend with regulators in other states as well, including, Wisconsin and Missouri.

“As with all investments, those tied to virtual currency have risk. Some common concerns and issues you should consider before investing in any product containing virtual currency.”

Bitcoin continues to be commented on by officials for negative reasons, rather than spoken of for the benefits it offers people. One of those benefits being that bitcoin has no central authority. The decentralized currency has been put into the hands of the people. Unfortunately, some of those people have abused it, but that doesn’t mean everyone else will.

Bitcoin’s technology was never intended for criminal actions to be made easier. With all types of worldly currencies and operations, thieves will always be thieves. Technology shouldn’t be blamed for that.

Silver to Bitcoin Gold, the Lowdown on Litecoin