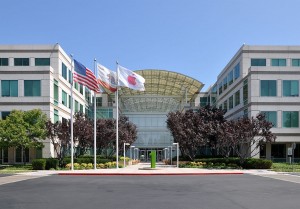 The CEO of multi-token, multi-platform and multi-device blockchain wallet Jaxx, Anthony Di Iorio, has revealed details of his conversation with Apple Developer Support, saying that three more digital currencies, steem, lisk and digicash, have been officially accepted for inclusion in the iOS App Store.

A total of nine cryptocurrencies are now accepted by Apple, with the remaining six being bitcoin, dogecoin, litecoin, ether (cryptocurrency of the Ethereum network), DAO tokens and ripple.

The news breaks only days after Apple rejected a version of the Jaxx wallet with dash and Ethereum Classic tokens, two prominent altcoins with large followings.

In a press release sent to CoinReport, the Jaxx CEO said, “On Monday we learned that Apple permits apps using nine specific digital currencies, critical information to the crypto community.”

“At Jaxx, we’ve been committed to supporting a global blockchain ecosystem. Everyday our developers work to build a consistent infrastructure across blockchains and across platforms. To that end, the insight we have gleaned from Apple thus far has been invaluable, and we hope to learn more about Apple’s policies and procedures for blockchain in the near future,” added Di Iorio.

Jaxx was launched in June of this year. According to the press release, it is used by 40,000 users of the most popular blockchains. With availability on nine different platforms, Jaxx allows users to receive, send, and manage bitcoin, ether and DAO tokens on Windows, Apple, and Linux desktops, Apple and Android mobile devices and tablets, as well as Google Chrome and Firefox extensions. Dash and Ethereum Classic tokens are also fully supported, but still on systems aside from Apple’s iPhone and iPad (because of the rejection by Apple).

Steem is the token and blockchain database that powers decentralized social media platform Steemit. With approximately 80,000 registered users, Steemit provides a platform for its users to be rewarded with cryptocurrency for creating and curating content, incentivizing users who bring the best articles, commentary, images, and videos to the site.

In a different press release CoinReport received, Steemit co-founder and CEO Ned Scott commented on the news, saying, “Steem’s inclusion on the App Store is exciting for our ecosystem and is indicative of widespread future adoption. It’s great validation for the Steemit community and all of the incredibly hard working developers who have been building third party Steem applications off our blockchain.”

“Developers have already been creating apps for Steem in droves, and today’s acceptance to the iOS app store gives developers access to potentially hundreds more use cases and millions more users.”

Lisk (LSK) is the cryptocurrency that underpins the decentralized blockchain application platform of the same name. Currently valued at over $25 million, LSK sits in 12th place of the most valuable digital currencies. The platform uniquely allows the deployment, distribution and monetization of decentralized applications, each running within their own sidechains, making the whole lisk network scalable and secure. 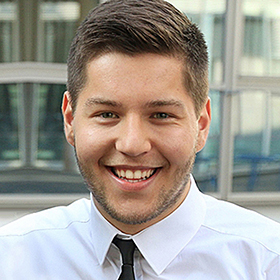 Lisk CEO Max Kordek said on the occasion, “We are thrilled that LSK will now be accepted on Apple’s App Store. Today’s news indicates a promising opportunity for Lisk developers looking to build for iOS.”

“After our successful ICO and subsequent release of improved versions of our blockchain and our SDK, we look forward to providing developers with tools to build some of the most powerful and secure blockchain applications possible.”