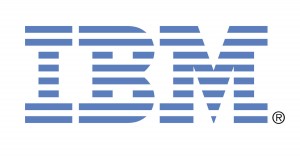 International Business Machines Corporation (IBM) has announced it has signed a contract with the Bank of Tokyo-Mitsubishi UFJ (BTMU), Japan’s largest bank and one of the world’s largest, to study the design, management and execution of contracts among corporate partners using blockchain technologies.

The two establishments will begin by piloting blockchain to automate corporate transactions between the two institutions.

This is one of the first projects created on the Hyperledger Project fabric, an open-source blockchain platform, to use blockchain for real-life contract management on the IBM Cloud.

In a press release CoinReport received, IBM said that together with the BTMU, they have created a prototype of smart contracts on a blockchain to enhance the efficiency and improve the accountability of service level agreements in multi-party corporate interactions.

The BTMU aims to begin using it to manage contracts within its organization in 2017, while the bank and IBM plan to manage agreements between them with the system by the end of the same year.

The two enterprises will better efficiency by monitoring delivery and usage of equipment with a sensor that inserts information into the blockchain. This will then automate invoicing and payment processes between the two corporations.

“Blockchain technology has the potential to change not only the financial world, but also other areas of the business world, leading to improved efficiency of the end-to-end business process,” said Mr. Motoi Mitsuishi; deputy chief executive officer of BTMU Asia & Oceania and general manager, Singapore branch and corporate banking division for Asia & Oceania; in the press release.

“Today, we are embarking on a journey with IBM to exploit the potential of this new technology. We are very pleased with the outcome of the first blockchain proof of concept working with IBM Research and IBM Global Business Services and we look forward to seeing these blockchain applications come to fruition.” 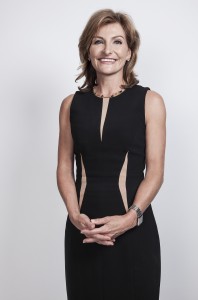 She added, “This expands our expertise in helping clients identify the right projects and build out blockchain solutions to solve day-to-day business problems more effectively. We are delighted to be expanding the scope of our partnership with BTMU with this blockchain initiative.”

Edit: A previous version of this article stated “This is the first project created on the Hyperledger Project fabric,” as the IBM press release called it “the first project…” in the second paragraph and “one of the first…” in the third. The writer of this article decided to go ahead and publish this article with the information in the second paragraph of the release, assuming the release’s third paragraph was most probably added by mistake, but also contacting IBM’s press contact for confirmation. The press contact has just replied and clarified it is one of the first of such projects. This article has been updated to reflect that.

A World of Pure Imagination