American multinational technology giant International Business Machines (IBM) told CoinReport in an email that in partnership with Global Citizen, a movement of engaged citizens using their voice to end extreme poverty by 2030, it has launched “Challenge Accepted: Blockchain for Good.”

The challenge, which has begun from May 15th and will run till July 14th, calls for developers to build a blockchain network to assist in bringing trust and transparency to donation tracking, authenticating government pledges and fund transfers for philanthropic causes.

Developers will use the IBM Blockchain Platform Starter Plan at no cost to set up a test network and build their initial product.

In a blog post, also emailed to us by IBM, Global Citizen co-founder Simon Moss explains the challenge, which was inspired by the United Nation’s #Envision2030 initiative, asks developers to set up the first layer of the much larger life span of impact and accountability tracking; validating government and large corporate commitments and fund transfers as a result of the advocacy work of Global Citizen.

In the challenge, developers will be walked through the blockchain network creation process and, with every step, earn points exchangeable for items like the ability to speak with an IBM expert or IBM social media influence.

Developers will be guided on how they can create a three-member network that displays commitment (pledge) origination, fund transfers and Global Citizen validation, eventually adding each transaction to the ledger.

“Bringing trust and transparency to the world of commitment, accountability and impact tracking presents a strong use case for blockchain technology. Blockchain used wisely will make the world more open and equal, help create a better balance in how data is shared and managed – for the many, not just the few,” writes Moss in his blog post. “Global Citizen’s implementation of accountability tracking on IBM’s blockchain platform has the potential to show which governments and organizations are fulfilling their promises and rally them to meet their goals on time.”

The challenge is open to everyone, from experienced developers to blockchain novices. 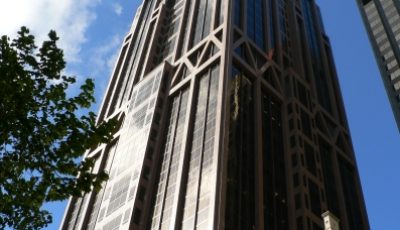