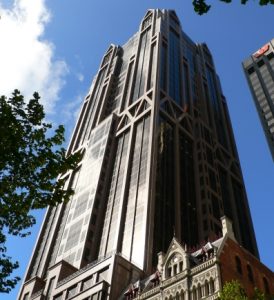 The trial, said the release, used Distributed Ledger Technology (DLT), commonly called “blockchain,” to eliminate the requirement for current paper-based bank guarantee documents, affording a single source of information with decreased probability for fraud and improved efficiency. Hyperledger Fabric V1.0-powered DLT is a blockchain framework and one of the Linux Foundation-hosted Hyperledger projects.

The organizations involved in the pilot have also issued a whitepaper, which provides details for how the solution worked and how it could be used in other situations that depend on bank guarantees.

Along with the requirement for physical document management, the trial also dealt with other inefficiencies in the existing bank guarantee process, including the challenges in tracking and reporting of a guarantee’s status through various changes.

This creates part of a bigger plan to form a common solution with the rest of the industry, and to invite other corporations to take part in a larger experiment.

“An update of the decades-old process for issuing, tracking and claiming on guarantees is long overdue,” said Scentre Group chief financial officer Mark Bloom on the successful trial. “With approximately 11,500 retailers across Australia and New Zealand, who use guarantees to support rental obligations, manual tracking of guarantees has been an extremely cumbersome and labour intensive process.”

Nigel Dobson, general manager Wholesale Digital, Digital Banking at ANZ, said, “We have been keen to avoid the hype surrounding blockchain and distributed ledger technologies, and instead focused on practical and deliverable use cases.”

He added, “This proof of concept demonstrates how we can collaborate with our partners to develop a digital solution for customers, which also has the potential for industry-wide adoption.” 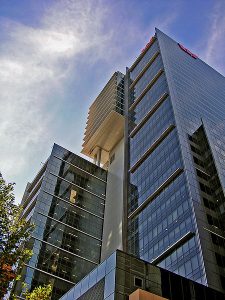 Andrew McDonald, general manager Corporate and Institutional Banking at Westpac, stated, “This is about removing the cost of fraud, error and operational risk that will continue as long as bank guarantees remain paper-based and manually issued.”

He added, “Next steps involve encouraging all industry players to adopt this technology so we can better protect and save money for our customers. Beyond that there is no reason why this couldn’t be applied across other industries.”

IBM Research Australia vice president and lab director Dr. Joanna Batstone commented on the occasion, “Using an agile approach, IBM collaborated with ANZ to combine the bank’s deep knowledge of the industry and their partners, with IBM’s blockchain expertise.

“The business use case demonstrates the opportunity to lift efficiency and transparency for all parties involved.  We believe blockchain can potentially drive productivity across all Australian industries.”

The whitepaper can be downloaded from here.