According to an IBM press release, the leading retailers and food companies will work with IBM to identify and prioritize new areas where the worldwide supply chain can benefit from DLT.

Every year, one in 10 people sicken and 400,000 expire due to contaminated food, according to the World Health Organization. Several of the critical problems affecting food safety like the spread of food-borne illness, cross-contamination, the economic burden of recalls and unnecessary waste are inflated by lack of access to data and traceability. Identifying the exact point of contamination can take weeks, triggering more sickness, lost profits and wasted product. For instance, identifying the farm source of contamination in a recent incidence of salmonella in papayas took more than two months.

DLT is well-suited to assist in addressing these challenges because it creates a trusted environment for all transactions. In the case of worldwide food supply chain, all players – growers, suppliers, processors, distributors, retailers, regulators and consumers – can obtain permissioned access to known and trusted data about the source and condition of food for their transactions. This way, food providers and other participants of the ecosystem will be able to use a DLT network to track contaminated product to its origin quickly to ensure safe removal from store shelves and halt the spread of infections. 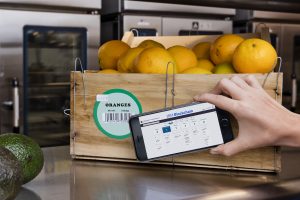 The collaboration will employ several IBM pilots and production networks in associated fields that successfully show ways in which DLT can positively influence food traceability worldwide.

IBM Blockchain general manager Marie Wieck commented, “Unlike any technology before it, blockchain is transforming the way like-minded organizations come together and enabling a new level of trust based on a single view of the truth.

“Our work with organizations across the food ecosystem, as well as IBM’s new platform, will further unleash the vast potential of this exciting technology, making it faster for organizations of all sizes and in all industries to move from concept to production to improve the way business gets done.”

IBM also announced the launch of its first fully integrated, enterprise-ready production DLT platform. Along with consulting services, the platform, which is available via IBM Cloud, will enable more corporations to speedily initiate their own corporate networks and access the essential capabilities required to successfully build, run, administer and protect these networks.

The platform originates from the successful DLT work IBM has provided to over 400 companies, integrating understandings derived as IBM has developed DLT networks across industries including retail, financial services, healthcare, supply chain and logistics and government.

Widely trialed and piloted, the platform tackles an assortment of corporate pain points, including both technical and business necessities around collaboration, security, privacy and performance that none of the existing DLT platforms delivers. It comprises innovation created via open source teamwork in the Hyperledger community, including the newest Hyperledger Fabric v1.0 framework and Hyperledger Composer blockchain tool, both hosted by the Linux Foundation.