An anonymous hacker or a group of hackers on Sunday took control of the Enigma Project website, Slack channel and mailing list, and deceived users into sending funds to an incorrect Ethereum account, reports Bleeping Computer. The hack occurred during the firm’s pre-sale ICO.

The Ethereum pre-sale address where users were to send money to buy their ICO tokens was replaced by the attacker(s). The company’s mailing list was also compromised, and the hacker(s) sent out emails to some of the list subscribers.

Moreover, the account of a Slack administrator was also hacked by the attacker(s), who used this access to send messages to users through the firm’s official Slack channel, encouraging users to visit the hacked site and buy coins in the pre-sale ICO.

The company used its Facebook and Twitter accounts and its website to warn users about the hack. Users also cautioned each other on different social networks and personal blogs.

The firm’s IT staff was able to take back control, and admitted the hack in a statement on Twitter. 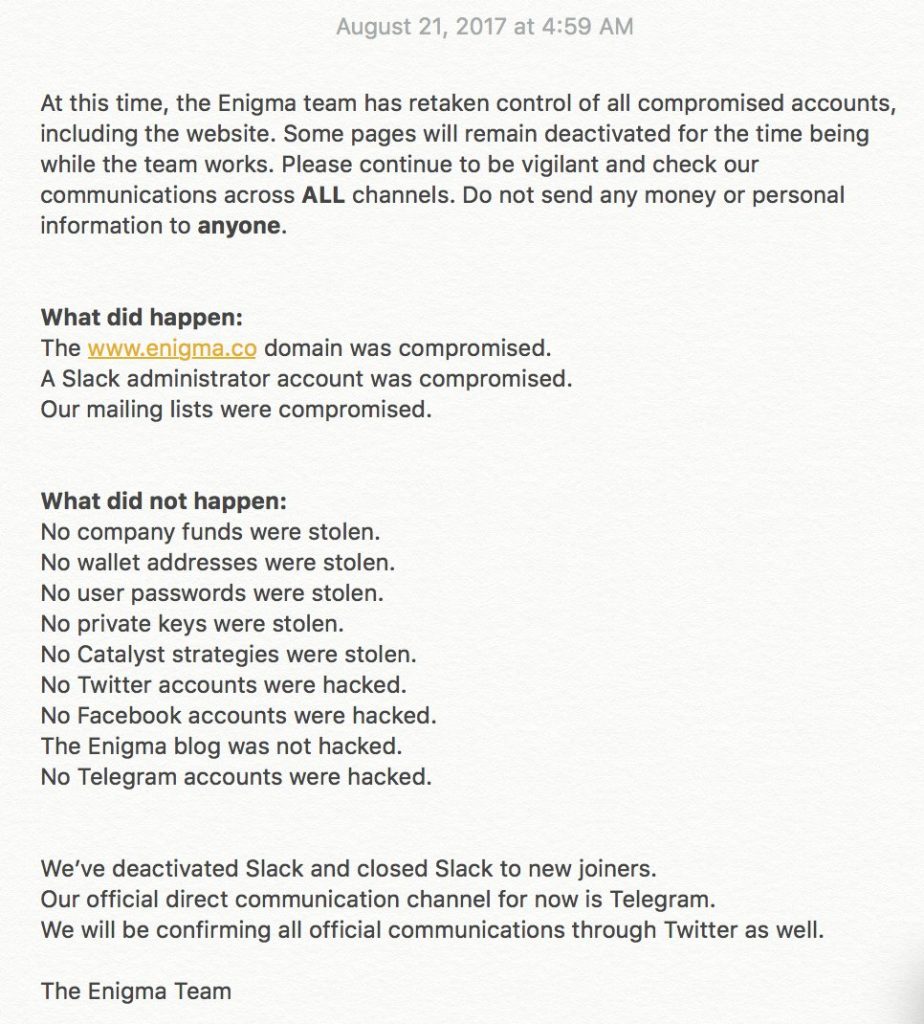 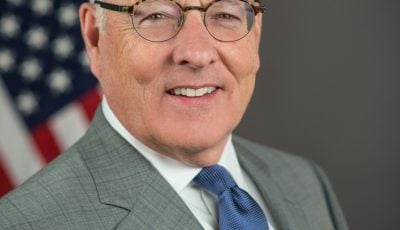