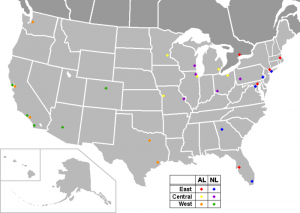 In the game, which is a decentralized app, or dApp, users will pay in ether to purchase digital avatars connected to particular instants in recent games. They can then sell the items, or in some cases, earn stickers and rewards.

MLB gaming and new business ventures executive Kenny Gersh said the league has been looking at digital currencies for a long time, and refused other ideas before deciding to do a game with Lucid Sight.

“We talked a long time ago about bitcoin and whether we should accept it as payment for MLB.tv and some of our other products, and we opted not to. At the end of the day we decided that isn’t our business, we’re not in the speculation business. We’re in the business of delivering baseball to fans. So this game is a more interesting intersection of blockchain technology and what we do,” said Gersh.

The news comes following the announcement by NBA’s Sacramento Kings last month that they would start mining ether and donate the proceeds to a local charity, making MLB the second pro sport to enter the cryptocurrency space.

MLB has seen the in-person attendance at its ballparks this season dropped to a worryingly low. The league hopes to attract young folks back to the sport with the crypto game, among other initiatives.

Gersh said, “That is 100% one of the strategic goals of this initiative.

“Collecting items related to your team, engaging with your team in a new way. For me, say the Red Sox win the division in a couple months, I want to buy something that symbolizes that. These will be event-based things—those moments in sports that happen that you want to remember and cherish, and have a sense that you were there, even if only digitally.”