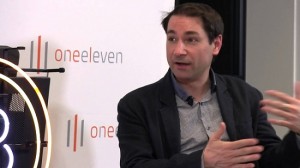 Anthony Di Iorio, the executive director of the Bitcoin Alliance of Canada, aims to find ways to support the growth of the digital currency known as Bitcoin. Seeing as how Anthony Di Iorio is organizing the first Bitcoin expo in Toronto this weekend, newsite CP24.com interviewed him to discuss Bitcoin.

The interview starts off with a question on what is Bitcoin. Anthony Di Iorio replies that Bitcoin is the first ever decentralized digital currency that allows anyone to send money across the world. He mentions that sending money is “pretty much for free” and removes any third party like Visa or Paypal and replaces this with a person-to-person “network of computers all around the world.” When asked how he became involved with Bitcoin Anthony Di Iorio replied,

“I first heard about it on a radio station, wondered what the heck it was and then for the next six weeks I delved into it and barely slept.”

Should There be Regulation?

The interviewer carried on the discussion by asking Anthony Di Iorio if he thought that regulation was needed in order for Bitcoin to grow. The Bitcoin Alliance of Canada’s executive director answered that he feels on fence about this situation. He said,

“I really don’t know what the answer is, but I do see regulations coming this year and I just hope there is a balance because this is a technology that can really spurn an economy that is quite stagnant.”

In addition to saying this, Anthony Di Iorio believes that Bitcoin’s value will be in the thousands in a few years because there is a limited amount of the digital currency. He says that a cup of coffee could in fact be worth around 0.000001 bitcoins eventually.

“This is going to affect the millions of people who don’t have credit cards or banking accounts who can now enter the international exchange market and it is going to change the whole realm of software and turn everything into decentralized systems.”

Concluding the interview, Di Iorio explains Bitcoin’s biggest challenge: regulations. He says that he hopes governments are not too strict with handling Bitcoin because the digital currency has the potential to become something really great. He said,

“You know in the media we hear about the exchange collapse (Mt. Gox) and we hear about Silk Road and other things, but there is so much great in terms of how it can change third world countries and how micropayments can help charities and other organizations.”

Anthony Di Iorio believes that Bitcoin has a bright future and that governments should try to understand it better so that it can be implemented to help out society. 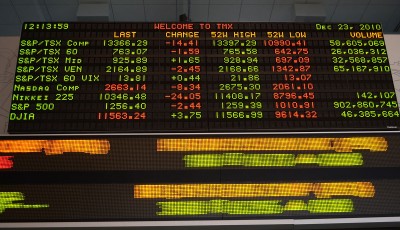