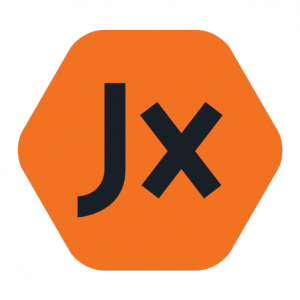 Decentral, the creator of multi-token blockchain wallet Jaxx, is going to integrate cryptocurrency litecoin into its suite of software wallets on all nine of its desktop, mobile and internet extension platforms, according to a company press release CoinReport received.

The integration will come into effect in early October.

“Adding Litecoin to the Jaxx wallet is just another example of how we aim to offer our users a wide variety of choice in the market. Litecoin users will now be able to use the Jaxx wallet on all mobile, desktop, and internet extension platforms. Founded 5 years ago, Litecoin is a tried and tested cryptocurrency. However, now, through Jaxx, we are bringing Litecoin to 9 different platforms, something new to Litecoin users. I believe this partnership will offer both communities a lot value,” said Jaxx founder and CEO Anthony Di Iorio in an email to CoinReport.

“I hope that the addition of Litecoin to Jaxx will enable the Litecoin community to flourish by attracting new users and a whole new customer base. Derived from Bitcoin, Litecoin offers many unique selling points. I believe this partnership will offer both communities a lot of value and I am looking forward to see it develop.”

The announcement, said the company in the release, comes following significant community demand as well as pre-approval from Apple’s App Store development team, which last month listed nine approved tokens available on the iPad and iPhone.

Litecoin, which celebrates its fifth birthday in the weeks ahead, is the fourth most valuable cryptocurrency by market cap at nearly US$180 million.

Di Iorio said in the press release, “We received countless requests from the community to add support for Litecoin, and we knew it was already accepted by Apple on the AppStore, so for us it’s a perfect fit and makes the most sense right now. Litecoin has stood the test of time; it’s very popular at number four, and it boasts better transaction times than Bitcoin.”

Litecoin creator Charlie Lee said, “I created Litecoin to complement, instead of compete, with Bitcoin. I’ve always envisioned a future where people transact in multiple different cryptocurrencies. Jaxx is one of the easiest to use wallets and I’m excited to be able to hold both my bitcoins and litecoins in the same wallet.”

Litecoin Association director Andrew Vegetabile stated on the occasion, “Jaxx, like many of those within the Litecoin community, believes in the fact that we are part of one larger family of cryptocurrency. Having Litecoin integrated with Jaxx allows our community members, who are also members of other communities, to feel a sense of unity when accessing platforms that allow multiple cryptos. This partnership enables those cross-community members to access their various cryptocurrencies in one platform without having to worry about keeping up with multiple wallets and applications.”

Litecoin’s integration comes just two weeks after Jaxx added support for Ethereum Classic and Dash. According to the release, Jaxx will announce the addition of several more coins for integration into their suite of wallets in the coming months.

“We have always been pro-technology and pro-choice. One of our primary goals is to give people options in a constantly evolving digital age. We are proud to be the one-stop shop for people managing their digital wealth; customers can now access their portfolio of coins, trade them, and hold onto their keys without having to trust a centralized exchange,” said Di Iorio.

More than 50,000 users have downloaded Jaxx since it was launched in June this year.