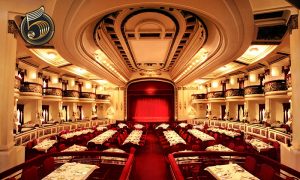 The fourth annual laBITconf will be attended by more than 60 industry leaders and almost 50% of bitcoin’s mining power on November 4-5 at the century-old Piazzola Tango Theater in Buenos Aires, Argentina, according to a press release CoinReport received.

One of today’s most innovative financial technologies – cryptocurrency – and its limitless potential, challenges and opportunities ahead will be discussed at the Latin American bitcoin conference.

“The conference aims to explore the endless opportunities that lie within digital currency and its integral component, blockchain. Year on year we see hundreds of visitors congregate at our show from every corner of the globe to gain an insight into the exciting and innovative developments being made and the opportunities in Latin America,” said Diego Gutierrez Zaldivar, co-founder and CEO at RSK Labs and co-founder of ONG Bitcoin Argentina, organizers of the event.

In a recent Bitcoin Market Potential Industry (BMPI) report, Argentina is ranked first in the list of countries with the highest potential for bitcoin adoption. This November, laBITconf returns to Buenos Aires for the first time since 2013, after previously being held in Mexico City and Rio de Janeiro.

“Since its adoption, Bitcoin has flourished in Latin America, with Argentina leading the way. Due to numerous years of economic strife, the country became a haven for innovators to explore and develop solutions to the financial troubles. Numerous businesses, mostly hotels, began to use Bitcoin as a form of payment and ever since then, the rate of Bitcoin transactions continues to increase and the attention towards its underlying blockchain technology continues to grow,” said Rodolfo Andragnes, the coordinator of the conference.

“We chose Buenos Aires because the new government is open to understanding and promoting this technology.”

In addition to tackling the issues of digital currency regulation and compliance and the ever growing impact of digital currencies on society, the conference this year will also take on the issue of implementation of blockchain in global banking.

According to the press release we received, speakers include Andreas Antonopoulos, Peter Todd, Anthony Di Iorio, Erik Voorhees, Trace Mayer, Sergio Lerner, IBM, Microsoft and representatives of five of the largest mining companies, among many others.

Keynote speaker Anthony Di Iorio, CEO of Decentral and Jaxx, said in the release, “laBITconf is a wonderful event that not only welcomes Bitcoin veterans but also industry newcomers to network with one another and build off of their innovative ideas. It is an honor be included as a speaker in addition to some of the most prominent figures in Fintech, all of whom are revolutionizing industries and paving the way for a brighter future powered by cryptocurrency.”

Daniel Diaz, VP of Business Development for Dash, a Platinum Sponsor of laBITconf, added, “laBITconf is a great conference because it provides education, adoption and an opportunity for business relationships and friendships. The Latin American market is a fertile ground for digital currencies; the political and financial situation in some countries in the region make alternative financial services more appealing to this market. People have suffered directly from inflation, capital controls and political instability for years, so we are speaking to an audience that is extremely receptive to the advantages digital currencies can offer.”

The Piazzola Tango Theater via laBITconf.com 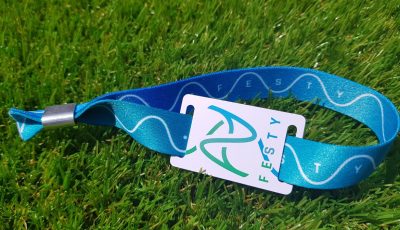