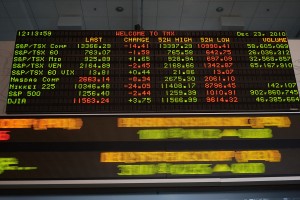 Jean Desgagne, chief executive of TMX’s Global Enterprise Services, told Reuters in an interview that Di Iorio, founder of the Bitcoin Alliance of Canada and a co-founder of Ethereum, filled the role at the TSX in January.

Reuters noted that stock exchanges, such as NASDAQ and the Australian Securities Exchange, are embracing the blockchain as they look to diversify and increase profit margins.

Blockchain technology could make operations “better, faster, cheaper,” said Desgagne to Reuters, but stressed that if adopted, the technology would be only one element in TSX’s digital operations.

The news agency said Desgagne and Di Iorio declined to discuss details about prospective blockchain projects at the stock exchange.