Granted, this list might not be for the everyday bitcoin user. It might be far more suited to members of the bitcoin millionare club or mammoth investment groups.  But hey, we can dream and it gives us regular folk something to aspire to! As more well known companies start accepting bitcoin as payment we are being given the opportunity to buy more and more different types of goods.  There are only so many cups of coffee and pairs of alpaca socks that a big fish can buy with their bitcoin. Never fear, we have seen some new, huge and truly inspiring bitcoin buys in the last year. Here at CoinRpoert, we’ve cut it down to the top 5!

1. A Private Trip to Space 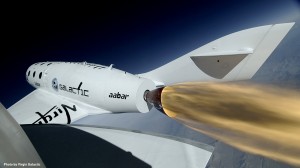 Ok, Richard Branson announced that bitcoin was being accepted as payment for commercial flight tickets to Space in November 2013. That’s old news at this stage. But since a trip to space is undoubtedly one of the most unique experiences a person could have, it has to be number one in this list. These golden tickets, priced at a mere $250,000 per person, will give the holder and 5 other private passengers the experience of a lifetime on board SpaceShipTwo. Virgin Galactic plans to afford passengers:

“the chance to experience weightlessness and glimpse a rare view of Earth against the black backdrop of space.”

Maybe you need to be a Winklevoss Twin to afford this but I definitely would if I could!

2. A Luxury Property or Two 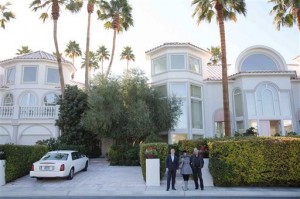 Maybe a space flight doesn’t suit your tastes. Maybe reinvesting in the property market is more your taste. If so then you’re in luck. The bitcoin property market is starting to gain its legs. Whether you are looking for a starter mansion in Las Vegas or a luxury Trump condo  in SoHo, New York, it’s now possible to make these big price-tag purchases in bitcoin. What better way to get on the property ladder, especially if you happened to be an early investor. The $7.85 million Las Vegas mansion sits on over an acre of land right and if sold could be the most expensive piece of real estate to sell for bitcoins to date. For those on a slightly tighter budget or  looking to own a piece of New York real estate, the Trump Condo is a bargain at $1.9 million or approximately Ƀ24,700.

3. Grab Yourself A Stradivarius Violin

I’ll admit this purchase was an extremely rare opportunity for the Leo Investment Group to begin with. Just last month wealth management company Leo Group LLC, decided they wanted to use the bitcoins they has accumulated over the past year to purchase a rare multi-million dollar Stradivarius violin, from Carpenter Violins of New York. It shows that it’s possible to buy anything with bitcoin, if done correctly. For that reason, and because this is an  excellent example of a mammoth acquisition using bitcoin we have included it here. 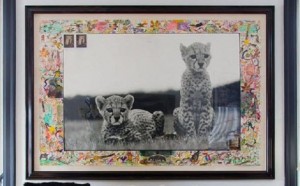 Of course, investments don’t only come in the form of properties, world famous 18th century instruments and hard assets. Some big spenders prefer to invest in works of art, particularly one-of-a-kind originals.  A prime example of such a piece is the “orphaned cheetah cub” photograph by famous 20th century contemporary artist, writer and photographer Peter Beard. For a steal,at just Ƀ2,233.639 or $1,100,000.00, you could own this 1964 piece of art history. 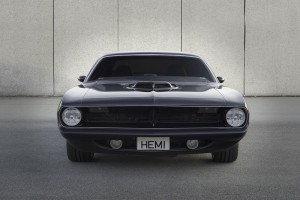 It seems the obvious choice when you think about it. One couldn’t possibly spend the entire day wandering around one’s mansion, admiring one’s orphaned cheetah cub photograph while listening to one’s guest violinist belt out a tune on one’s Stradivarius violin. One needs to get out and about, and what better way to do so than in a supercar. How about a  Tesla Model S? The first Tesla Model S sold for bitcoin cost $103,000, equivalent to Ƀ91.4 at the time of purchase in Dec 2013. While that was the first, it most definitely will not be the last supercar to be sold for bitcoins. In fact, should you have a spare  Ƀ429 perhaps this one of a kind 1970’s Plymouth Hemi Barracuda conversion is the car for you. Of all the rest transport is the must!

The list goes on, this is just the top of it!

If you’ve enjoyed this, check out CoinReport’s Top 5 bitcoin section for more!