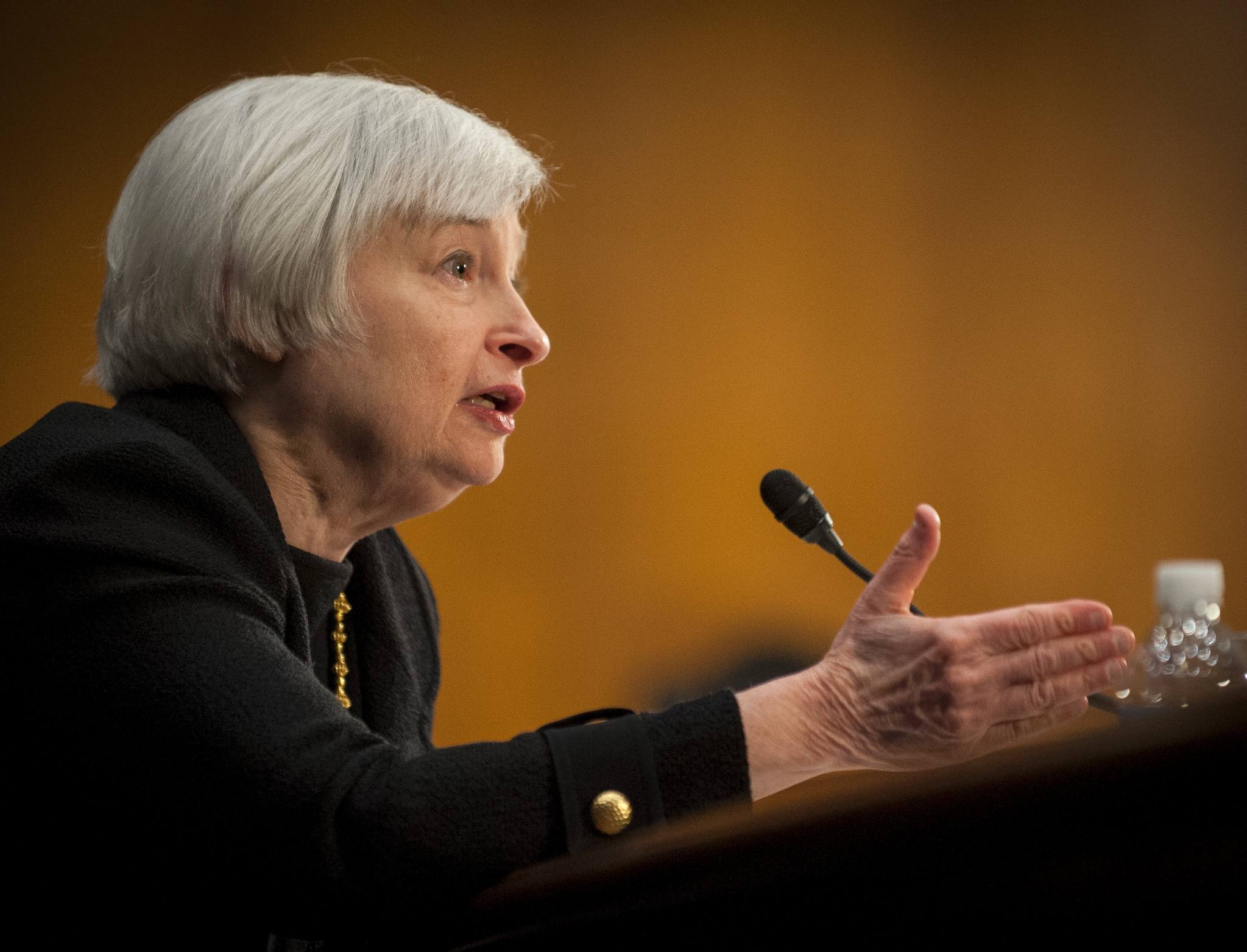 As she testified before the Senate Banking Committee, Yellen was asked about bitcoin’s potential impact by senator Joe Manchin.

Manchin recently wrote a letter to several financial institutions in favor of banning bitcoin in the US, saying it was “disruptive to our economy”.

“Bitcoin is a payment innovation that’s taking place outside the banking industry. To the best of my knowledge there’s no intersection at all, in any way, between Bitcoin and banks that the Federal Reserve has the ability to supervise and regulate. So the Fed doesn’t have authority to supervise or regulate Bitcoin in anyway.”

She said that there have been some concerns regarding the digital currency’s use in money laundering activity, however regulators were optimistic that US laws were “adequate to meet enforcement needs.”

In lieu of money laundering concerns, ex-CEO of BitInstant, Charlie Shrem, has become somewhat of a poster boy in portraying to the public how not to use bitcoin. Shrem was charged with money laundering after the seizure of black market site Silk Road by the FBI.

Manchin went on to ask Yellen if the US was “behind the curve” in comparison to other countries who have issued warnings against bitcoin regulation. Both China and Thailand have banned bitcoin transactions, while South Korea announced bitcoin would not be recognized as a legitimate form of currency. He mentioned how the European Union also issued similar warnings.

The chairwoman of the Federal Reserve Board responded by saying:

“The Fed doesn’t have authority with respect to Bitcoin. But certainly it would be appropriate for Congress to ask questions about what the right legal structure would be for digital currencies.”

Yellen acknowledged the difficulty of regulating a new currency like bitcoin, as there is no central issue to start with. She concluded saying that the decentralized structure of bitcoin is worth studying and looking into.

The meeting took place shortly after the demise of the MtGox bitcoin exchange. The exchange finally collapsed after weeks of inactivity due to ‘cyber attacks’ rendering the site nonfunctional.

As bitcoin acquires more attention from regulators and other government officials, differences in opinion continue to press the need for an established regulatory system for the digital currency.

The virtual currency can not be deemed as a success or failure until it is given the appropriate amount of attention and opportunity to show the world if it is an economic savior or a silent infection.