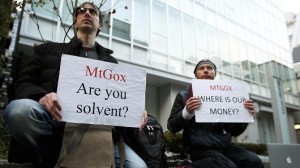 At this stage the relevant financial authorities, the police, the Finance Ministry and others are gathering information on the case. The government will take measures if necessary once we have an assessment of the situation.

Compared to other leading economies, Japan has remained relatively silent on the bitcoin front. However, when MtGox went dark on Tuesday, bitcoin suddenly appeared very risky. In fact, on Wednesday morning Japanese regulators’ silence was broken. The breaking of this silence continued later on Wednesday as Bank of Japan’s Policy Board Member, Koji Ishida added his opinion on the regulation of bitcoin.

“I think the Japanese government will make a proper assessment”

Shortly before the statements from Japan, Reuters reported that U.S. Attorney Preet Bharara had subpoenaed Mt.Gox, other bitcoin exchanges, and additional large bitcoin businesses. Requests were made for information related to the cyber attack on Feb 7, 2014 and how it was handled internally. The attacks affected a number of other bitcoin exchanges, including Bitstamp, and resulted in withdrawals being halted temporarily. The issue at hand was quickly resolved by most of the larger service providers. They were able to make the necessary changes to their bitcoin software to protect themselves from further attacks . For all, except MtGox, business as usual promptly resumed. The “malleability-related theft” of over 744,000 bitcoins mentioned in the leaked MtGox crisis strategy draft refers to the exact security issue the other exchanges so easily resolved. A spokesperson for Bharara declined to comment.

Call To Action: Make a Stance and Ban Bitcoin

The Japanese  Ministry of Finance and Financial Services Agency recently confirmed they do not have jurisdiction over Mt. Gox. This has prevented them from reacting when the company went dark without explanation. The lack of jurisdiction may have prompted the open letter from the Japanese Democratic Party member Tsutomu Okubo, vice financial minister in 2012, forcing the Japanese government to confirm its stance on bitcoin.

“Japan should make its stance on this clear; otherwise we will be criticized over governance abilities when this issue gets larger.”

The Wall Street Journal also reported that Washington State Senator Joe Manchin called for the prohibition of bitcoin in a letter to U.S. financial regulators.

“I urge the regulators to work together, act quickly, and prohibit this dangerous currency from harming hard-working Americans. ”

Sen. Manchin can lean on the Senate Banking Committee, but has little authority when it comes to bitcoin.

Maintaining the Trust of the Bitcoin Community

Following the MtGox closure, a joint statement was released by a coalition of key players in bitcoin. The move united the key players of the industry and allowed them to distance themselves from  MtGox. To preserve the trust of the bitcoin community,  a voluntary cross-industry initiative was started, designed to independently review the safety of customer funds within these key companies. The first of these reviews was performed by Andreas Antonopoulos, highly regarded cryptography expert and Chief Security Officer at Blockchain. Antonopoulos performed an independent review of rival wallet provider Coinbase on Monday, prior to the statement released by MtGox. The sense of solidarity among the remaining major service providers was compounded as Antonopoulos took to Twitter explaining why he chose not to make a comment as events unfolded.

I felt that I could have the greatest impact by ensuring the security of funds at other exchanges, rather than speculating w incomplete info

As a direct competitor with some of Coinbase’s services and an individual with no financial control or interest in Coinbase, the primary goal during his visit was to ensure customer funds existed within Coinbase and to validate their security. The security levels expected in cold storage wallets, which were inadequately addressed by MtGox, were shown in Antonopoulos’ Coinbase Review.

Several notable supporters of bitcoin also took to their media channels to defend the bitcoin protocol, the free market it represents and to support the collapse of MtGox.

What's happening to MtGox would have happened to JPM, GS, C, HSBC, RBS, BRK, in 2008 if we had free markets. This is Bitcoin's finest hour

MtGox had been considered an unstable liability within the Bitcoin community since April 2013 and experienced bitcoin investors have long been urging new bitcoin adopters to avoid the exchange. Antonopoulos, one of the earliest critics of MtGox, released his own statement on Wednesday, one which now echos the sentiments of many.

“Magic The Gathering Online Exchange is a systemic risk to bitcoin, a death trap for traders and a business run by the clueless.” – A. Antonopoulos, Apr 2013

MtGox had to die for Bitcoin to thrive. Its former role from early Bitcoin days has been supplanted by better, stronger entities.

Stefan Molyneux took to his podcast and teamed up with Andreas Antonopoulos to discuss the recent events surrounding MtGox and to provide the soothing words of wisdom only this pair can deliver. For those who don’t yet understand why it is no shock that MtGox went under, or want to be able to clearly explain why, check out this podcast.

To sum it all up, we are facing an interesting period ahead. Supporters of bitcoin will need their wits about them to defend the exchanges against stifling attempts at regulation. The very design of bitcoin reflects the free market, and regulation does not belong there. As suggested by Antonopoulos, in the podcast above, maybe all we need is a voluntary initiative to check the safety of the funds in rival companies. Each company can then be rated for security by the others.

One thing is certain, despite the reports from critics, bitcoin is alive and well.

Disclaimer: Any financial opinions shared by the individuals referenced in this article are their own and we do not encourage our readers to follow them.