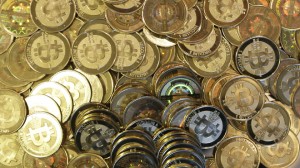 Last week, two South Florida men were arrested on accounts of money laundering and doing “unlicensed money servicing business.” Michel Abner Espinoza, and Pascal Reid were arrested on February 6, and are currently situated in Miami-Dade County jails. Speaking about this case, a local prosecutor has said that this is perhaps the first state law charges on the use of bitcoins for money laundering.

“The use of Bitcoins in the transactions is a new technological flourish to this very old crime.”

She continues on to say that the

“arrests may be the first state prosecutions involving the use of Bitcoins in money laundering operations.”

Fernandez Rundle has said that in the Miami money laundering case, undercover cops were looking to find

This statement is quite open ended, generalized, and can definitely include people who do not engage in criminal activity. Thus, one might question: who is to say that all people “engaged in high volume Bitcoin activity” are criminals or are planning a money laundering scheme? Perhaps a more concise statement that shows what exactly is meant by “high volume Bitcoin activity” is needed to clarify the situation.

Besides this, no further information about the case has been disclosed by her office. However, her office has said that bitcoins aren’t good or bad. However, if used improperly,

“Bitcoins are often seen as a perfect means of laundering dirty money or for buying and selling illegal goods, such as drugs or stolen credit card information.”

According to the court records, both Espinoza and Reid have gotten defense counsel and are waiting for their bond hearings.

“Dread Pirate Roberts” aka Ross William Ulbricht was arrested for running the Silk Road website where users engaged in buying and selling drugs with bitcoins. He has since pleaded not guilty and will have a trial on November 3 in Manhattan. New York prosecutors have said that the government has been able to collect “voluminous” evidence against Ulbricht. Of course, we are not told what that evidence is.  Silk Road’s Ulbricht was indicted on money laundering, computer hacking, running a drug trafficking scheme, and running a criminal enterprise.

Charlie Shrem of BitInstant was linked to Silk Road and was charged in January with planning to launder over $1 million. Shrem is the former vice chairman of the Bitcoin Foundation, and he was the chief executive of BitInstant, a Bitcoin exchange.

Shrem, unlike Ulbricht, is on bail but is limited to reside in his parents’ home. If he is convicted on the serious counts, he faces around 20 years in prison. Ulbricht on the other hand faces life sentence if he is convicted.

One thing that should be made clear is that many people use Bitcoin for everyday things. Not every transaction made in Bitcoin is a money laundering one, in fact such cases are the minority. Many good citizens use Bitcoin because they see the advantages of it, and they see the digital currency as being innovative and progressive. It’s not necessarily that Bitcoin is the only currency in which some people engage in criminal activities.  In fact, within any currency, whether it’s the dollar or the euro, there are people who exploit and use the money for illegal things. However, it seems Bitcoin is getting backlash because it is a fairly new form of currency and some might be threatened by it.