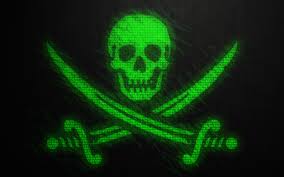 Computers Hacked to be Bitcoin Miner

The internet can be used as an incredible source to gain information or conduct business. But it can also be an instrument used by the cruel to perform heinous acts.

Linkup is the latest form of ransomware holding victims’ computers hostage for a payout. Security researchers have identified that Linkup blocks a user’s internet access, then uses the computer as a bitcoin miner. The computer is only freed if the owner pays a ransom to the crook behind it all.

Researchers at Emsisoft call the malware ‘Trojan-Ransom.Win32.Linkup’. The researches explain that this new malware does not work like previous forms of ransomware do. They say:

“It does not directly lock your computer or encrypt files. Instead, Linkup blocks internet access by modifying your DNS and can also turn your computer into a bitcoin mining robot.”

After an infected computer loads a page up, a user is redirected to a false site accusing them of child pornography. The site then demands a payment of a €0.01 fine. Worried users may pay the fine, relinquishing their credit card information to thieves. Emsisoft says the transaction is “a blatant lie”, as a hacker more than likely wouldn’t just stop at a one cent payment.

The installed malware attempts to download bitcoin mining software, using the computer’s processing capabilities to mine for the digital currency. The attack is performed on unsuspecting computers as it runs the risk of damaging the computer, all the while jacking up the user’s electric bill. Emsisoft says that a bitcoin miner who hacks through Linkup accumulates more bitcoins based on how much computing power they have.

In addition to blocked internet browsing, Linkup tries to connect all infected computers to harness a maximum of new bitcoins.

The new threat isn’t the only one to plague the bitcoin mining community. The Cryptolocker virus forced police in Massachusetts to pay up £800 in a bitcoin ransom. Cryptolocker encrypts a user’s hard drive to ransom their unit for 2 BTCs. The encryption is so powerful that removal of the virus isn’t enough to defeat the attack.

Unusually, Cryptolocker keeps its promise to users and releases computers after the ransom is paid.

Computer safety is an important issue in our digital age. It becomes disheartening to know that such talent and skill are being utilized for evil purposes.

Satoshi Nakamoto used his encryption techniques to devise bitcoin in order to better the world’s economy. If more people used their skills for good, we would have more innovations beneficial to society.

Mt.Gox Disappoints: Does Not Reveal All