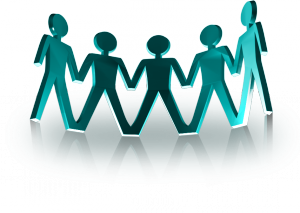 “This tragic violation of the trust of users of Mt.Gox was the result of one company’s abhorrent actions and does not reflect the resilience or value of bitcoin and the digital currency industry,” stated the document.

Truly, Mt.Gox abused the trust of its customers without having any shame. There are many bitcoin exchange networks that are still thriving and people remain faithful to them.

Mt.Gox’s terrible behavior is not a reflection of the rest of the bitcoin exchange networks. It was seen that when the issue of transaction malleability was brought up by Mt.Gox, bitcoin exchanges like CoinBase and BitStamp hastened to recheck their systems and just as quickly resolved the issues. This is the way things should have been handled by Mt.Gox but clearly they were in it way over their heads.

“As with any new industry, there are certain bad actors that need to be weeded out, and that is what we are seeing today,” the document stated.

This statement aids in strengthening the trust of the people in the digital currency and the other major exchanged in existence. Actual efforts are being made by major bitcoin exchanges to reestablish the trust that Mt.Gox squandered away with. For example, the document stated that in an effort to reassure its customer, CoinBase, Kraken, BitStamp, Circle and BTC China have joined hands to publicly reassure bitcoin users and the bitcoin community that their funds are secure and will remain this way into the future

It is summed up quite appropriately and greatly reflects the feelings of bitcoin users quite aptly, the document concludes by stating,

“Acting as a custodian should require a high-bar, including appropriate security safeguards that are independently audited and tested on a regular basis, adequate balance sheets and reserves as commercial entities, transparent and accountable customer disclosures, and clear policies to not use customer assets for proprietary trading or for margin loans in leveraged trading. It does not appear to any of us that MtGox followed any these essential requirements as a financial services provider.”

Resigning from the Foundation

On Feb 23 2014, the Bitcoin Foundation posted on its site the news of Mark Karpeles having resigned from the board. “Further details, including election procedures, will be forthcoming,” the post stated. Indeed this has been the case. The Foundation has been quickly forthcoming with details on this issue.

Mt.Gox has been going downhill since the beginning of this month. What was explained to be only a technical issue, soon evolved into something that many were not expecting.

To protect its image, Mt.Gox tried to explain away its problems by stating that the issue was with the bitcoin protocol itself and not only with the exchange. The exchange had stated in statements issued by them that they had “discussed this solution with the Bitcoin core developers and will allow Bitcoin withdrawals again once it has been approved and standardized.” Obviously, this was never actualized.

With mounting anger and frustration toward the exchange’s uncommunicative and ambiguous responses, people actually tried to visit Mt. Gox’s headquarters. These travels only reaffirmed the idea that one would only get evasions and unclear answers from the once renowned exchange.

Mid February, the exchange finally posted statements relating that withdrawals and transfers of bitcoin would resume shortly. Again, this too did not actualize as it was meant to be. The troubles of the exchange continued and the negative feelings of their customers towards them also increased.

The price of bitcoin dropped tremendously on the exchange’s network. At one point recently, the price dropped to an all-time low of about $100. This is the same exchange that boasted of having one bitcoin priced over $1200 at one point. Currently MtGox has not issued any statements on their website. However, they have halted all trades on MtGox and their website is down.

Kudos to BlockChain and the other major bitcoin exchanges for this much needed reaffirmation of bitcoin values. To the bitcoin community, hang in there. We are all hoping for the best, for the still infant, digital currency!