It was found out recently that Mt.Gox, one of the biggest bitcoin currency exchange providers, were facing technical issues. As a result the Japan based exchange halted all bitcoin related transactions. This has stopped any form of business from occurring through the site.

Users are increasingly showing their frustrations and concerns with the system. One such Reddit user, CoinSearcher, resolved to take action instead of sitting around waiting for answers from Mt.Gox. After repeatedly trying to withdraw his bitcoins from Mt.Gox and failing at it, he decided to pay Mt.Gox’s headquarters in Tokyo, Japan, a visit. He traveled all the way from Australia to Tokyo. That is some determination.

The campaign lasted for three days (from Wednesday February 5 to Friday February 7). He headed straight to Mt.Gox’s headquarters in hopes of getting some answers. After being stalled for quite some time by the receptionist, he was finally given a phone to speak to a member of Mt.Gox support. Ironically enough, the worker referred him to the website. Because he came looking for legitimate answers, CoinSearcher made his intentions clear. He stayed until the end of the day in the hopes of someone finally speaking to him. Finally at 8p.m, Gonzague Gay-Bouchery, Manager of Business Development, spoke to him.

Gonzague was quickly asked about a few issues with Mt.Gox and the halting of the bitcoin exchange. The answers ranged from “there are also some ongoing investigations, which we cannot talk about” to “No, it’s a technical issue.” It seems that Mt.Gox is being purposely very secretive and tight lipped about the reality of their issues. With all the evasiveness, it suggests that Mt.Gox is in more trouble than they are letting on to their users.

On the second day of his campaign, CoinSearcher was able to confront Mark Karpeles, the owner of Mt.Gox. It came as no surprise that he was given the same answer as before which was that the delays in processing bitcoin withdrawals was only because of technical issues. Gonzague also came and told him that his account had been sorted out and it was now in good working condition. Alas, that was not to be the case. When checked, he found out that his bitcoin withdrawals had been canceled and he had to start the process all over again. Meaning he was back in queue to square one.

After three days of trying to get substantial information from Mt.Gox, the efforts ended in vain. No meaningful data was given to explain the situation that Mt.Gox has landed itself in.

The future of the bitcoins in Mt.Gox’s possession appears to be uncertain. Whether users will be able to safely get their money back… only time will tell. Stick with coinreport for more updates on this matter. 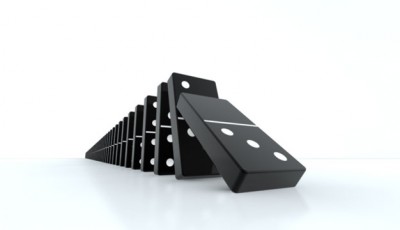