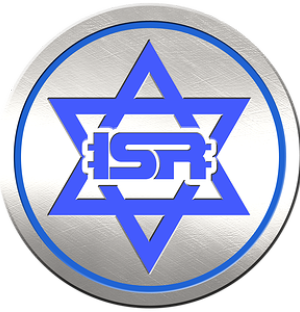 Israel’s alternative form of digital currency, the Isracoin, is already the third largest crypto currency on the market. It only follows after the successes of bitcoin and litecoin.

Discussion of the Isracoin on the bitcoin talk forums from March 26th stated:

“Israel has one of the highest levels of centralization of wealth and assets, with an iron-fisted 1% club that controls a whopping 93% of banking assets in the country.”

Similar to the risk factors involved in all forms of altcoins, some have concerns over the Isracoin’s uses. However, similar to the benefits found in bitcoin, such as low interest on deposits and low cost transaction fees, can be found in Isracoin’s structure.

Israel is not the only country to devise its own national digital coin. Iceland has the Auroracoin, which was designed to “break the shackles of the fiat currency financial system in Iceland.” Also, Spain’s Spaincoin will be given away to those who can prove they have Spaniard citizenship. This will help circulate and introduce locals to a new way of spending with money.

Beginning on midnight of May 6th, the currency will be launched into the first of its four phases. The first phase will entail an airdrop of 500 coins being given to businesses. The total amount of air dropped Isracoins to interested businesses will be 50,000. The Isracoin website has a timer, counting down to the seconds of its release.

In phase two, another 100 Isracoins will be distributed on midnight of June 6th. These coins will make there way to citizens who can identify themselves based on the systems requirements. Up to 2,850,000 people will be allowed to participate in receiving coins. Remaining or unclaimed coins will be put into the Isracoin Investment Trust.

Finally, phase four gives 120,000,000 coins to an economist development fund. The fund will cover the currency’s operations costs and further development. Use of the coin requires users to not exchange the Isracoin for alternative forms of money. They must “use Isracoin directly and not exchange it to other currencies.”

Israel has been on a role in the world of digital currency. With the debut of Israel’s first bitcoin ATM and the formation of the Israel Bitcoin Embassy, it may be safe to assume that the Isracoin may have a more prominent role for the nation in the future but only time will tell.

Disclaimer: CoinReport does not give financial advice. Any financial decision must be made with extensive and proper due diligence. You are responsible for your decisions!