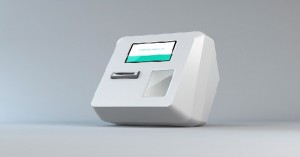 As Bitcoin grows more prominent, it has attracted different types of people from all around the world. A Bitcoin ATM, which not too long ago was only an idea, is now a growing reality. Sunday evening marked the debut of the first Israeli Bitcoin Atm at the Bitcoin emBassy.

According to the Jerusalem Post(JP), the first Israeli Bitcoin ATM is different than what people are normally used to. In order to get Bitcoin, an individual must put cash into the ATM. Then the machine turns the cash into digital currency in one’s Bitcoin wallet. Ayal Segev, from the Bitcoin emBassy said,

“I am proud that the embassy has made the first bitcoin vending machine available in Israel.This is part of our mission, to make bitcoins accessible to the general public.”

Being the first Israeli Bitcoin ATM will definitely garner the digital currency some attention. In fact, the Israeli Bitcoin Association claims that “of Israeli businesses already accept bitcoins” according to JP.

Bits of Gold, a Bitcoin company, will be operating the machine.

During the time, when ex-Bitcoin exchange Mt Gox declared bankruptcy protection in February, the Bank of Israel issued a warning against Bitcoin to the Israeli people.

The Bank of Israel warned people about the risks involved with buying Bitcoin and other virtual currencies. This decision was inspired by Bitcoin, and other digital currencies’, volatile nature. In addition to this, the Bank also said that Bitcoin was not legal tender. This means that no one is required to accept it as payment.

Even though Israel’s Bank issued a warning against Bitcoin, it apparently has not stopped people in Israel from dealing with the digital currency. In fact, as the Israeli Bitcoin Association said, there are many businesses in Israel who accept Bitcoin.

Hence, even with a bank warning, it hasn’t stopped people from appreciating the benefits that Bitcoin has to offer. In addition, this shows that against all odds, Bitcoin is resilient.