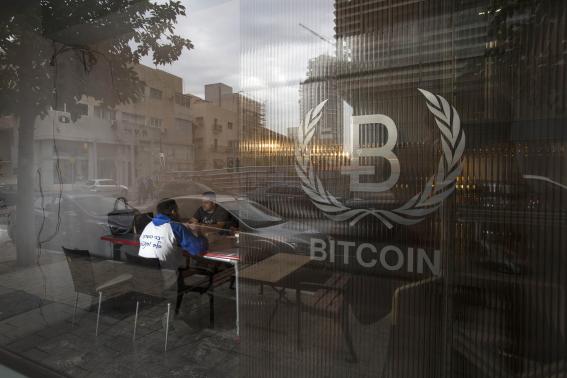 The entrance of Tel Aviv’s Bitcoin Embassy reads, “Welcome to the new economy”. This is in light of the enthusiasm displayed by the Israeli bitcoin community.

The Israel Bitcoin Embassy opened its doors several months ago to support and encourage the appetites of bitcoin users. The embassy is utilized to promote bitcoin in a physical location, where supporters can meet up and share ideas. The embassy looks to build a new economic generation for trading digital currencies.

Israel has played host as the launching pad of at least a dozen bitcoin startups over the past year. Startups in technology can range in specialization from fraud prevention to cryptography, overall enhancing the bitcoin landscape.

Venture capitalist Eli Novershtern from Israel’s Pitango firm, believes Israel’s involvement in the digital currency is thriving just much well as it is in Singapore and the Silicon Valley in California. He says:

“We see a lot of activity here and are certainly looking to invest, even significant sums if we recognize an attractive opportunity.”

As the difficulty of competition for obtaining a new bitcoin increases, 42-year-old Netanel Goldberg, head of GetReal Platforms, believes a ‘bloodbath’ between bitcoin mining networks is to come. Those trying to get their hands on the digital coins are working harder each day to develop new technology to mine bitcoins faster. He expects to take hold of the industry, as his team is working on a silicon-based chip.

Goldberg, along with two other military cyber intelligence graduates founded the company in 2013.

The use of the embassy allows people like mathematician Meni Rosenfeld to produce new technologies in association to bitcoin. Meni’s product is called ‘color coins’. These coins will allow bitcoin to have a secondary value, similar to equity within a company.

Companies will be able to use fractions of a bitcoin in order to mark or ‘color’ them to shareholders. Rosenfeld says that the color coins can be used for bonds and for car owners. He claims, “They represent stock in every way”.

Rosenfeld is also the chairman of the Bitcoin Association.

Israel waits patiently for bitcoin to become regulated. The Bank of Israel continues to examine the need for the crypto currency, says spokesman of the central bank Yoav Seffer.

However, one Tel Aviv bitcoin startup has gathered enormous interest, despite the Bank’s pending decision. Appcoin designed a program where an online community of mothers agreed to experiment with a new tender. The tender, known as ‘hearts’, could be used to buy and sell goods.

Within a year”s time, over 50,000 members conduct hundreds of transactions a day.

The company is currently in its beta-phase in creating a phone accessible Satoshi Marketplace, but will soon allow anyone across the globe to create their own currency. Appcoin’s architect Eyal Hertzog explains:

“Just as the internet revolutionized the way we exchange information, smartphones will redefine how people exchange value, by using digital currencies and virtual marketplaces.”

Members of the bitcoin community gathered at the Tel Aviv stock exchange last month to discuss digital currency and its place in our ecosystem.

“The ability to transfer value in a frictionless way without transaction fees represents a tidal wave, and when that happens our role is to help, advise and fund these kinds of companies.”

This just goes to show how inspirational and productive bitcoin is. If regulators were to support bitcoin, the sky would be limitless.

New York to Stick with Existing Regulations for Bitcoin