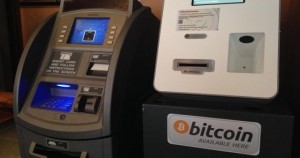 Durty Nelly, a bar in Halifax, welcomes a new innovation in technology. The first bitcoin ATM in Atlantic Canada. The bar located on Argyle Street installed the bitcoin ATM recently.

People can put in the Canadian money into the ATM and it then will convert it to bitcoins. The funds will be put into the user’s online account once the transaction is complete. Even though the price of bitcoin has gone through a wild ride in recent times, people are still very much enthusiastic about the digital currency. Currently, the price of one bitcoin is just a little less than $500(CAD).

A bartender at Durty Nelly, Matthew MacVicar, said that he has already seen one person visit the bar just to use the machine.

“It’s kind of a new thing, looking to get cash for bitcoins. So, kind of interesting they put it here. Maybe a little publicity, get people in,” he said.

According to MacVicar, the people who mainly visit the place are an older crown. He further stated that they are more likely to be dealing with bitcoins or stocks. He believes that the first bitcoin ATM to be installed in that particular location would appeal to the people who visit the bar. At the same time, the bar does not yet accept bitcoin as payments for the food and drink it provides.

Bitcoin, the new digital currency innovation, launched in 2009 and is not controlled by any central authority, bank, or government. Bitcoin is a peer to peer network used in making purchases and conducting transactions online and offline. Transactions using bitcoin occur between parties without any mediation. New bitcoins are generated by the process known as mining and only about 21million bitcoins can ever be produced in total.

Canada has become the hub of bitcoin ATMs. Some of the first bitcoin ATMs to be installed around the globe were in Canada. For example, there are bitcoin ATMs in Montreal, Toronto and Ottawa. Quebec joined the ranks of the other cities by installing its very first bitcoin ATM in early April this year.

Bitcoin network has spread far and wide and continues to do so.