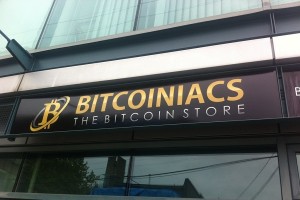 Following up on our article, World’s First Bitcoin ATM Faces Trouble in Vancouver, Coinreport interviewed Bitcoiniacs’ Co-founder Mitchell Demeter to fully understand what the problem with Bitstamp was. Currently, the ATM in Vancouver is operating normally again.

Bitcoiniacs currently has two Bitcoin stores located in Canada that provide information and details about the digital currency. Mitchell told Coinreport that people generally have bad experiences with localbitcoins and also with buying and selling bitcoins on craigslist. Therefore, Bitcoiniacs

“wanted to provide a physical location where people can come and can build relationships and trust.”

The first Bitcoin ATM was installed in Waves Coffee Shop in October 2013 by Bitcoiniacs. The ATM received a great response. In fact, Mitchell says that within the first month of installing the ATM, the volume was over $1 million.

The following is part of an interview that was conducted with Mitchell Demeter about the state of affairs with the Vancouver ATM and what Bitcoiniacs future plans are.

When asked what the reason for suspending the buying option on the ATM, Mitchell told Coinreport the details,

“At some point of the day on Tuesday last week, the Bitcoin withdraws stopped being processed. We got into Friday and we had a ton of Bitcoin waiting to be processed, so we suspended trading that Friday afternoon.”

He also said there were around 50 to 60 coins waiting to be processed. However, there was practically no response from Bitstamp when Bitcoiniacs contacted them. Bitstamp had only said that they would look into the issue.

Was it a security issue?

Mitchell said that this wasn’t the case. Due to the fact that they’d never run into such an extensive problem before, Bitcoiniacs was not sure why the coins weren’t being processed. In fact, they weren’t sure if the coins would ever be processed since there were major delays by Bitstamp going into the 5th day.

Reason for closing the buying option

Mitchell said they wanted to protect their clients and that was one of the main reasons why Bitcoiniacs had to temporarily disable the buying option on their Vancouver ATM. If the bitcoins had not been processed, Bitcoiniacs would have to take full responsibility.

“We were taking people’s money and buying coins on Bitstamp…About $55,000 worth of coins were waiting to be delivered to customers…So, if someone buys bitcoins from us, and they don’t get them, we will take responsibility for that and reimburse them.”

When asked about whether or not he received any updates from Bitstamp, Mitchell said that they hadn’t really received any. Mitchell said their next course of action would be to go forward with their digital currency exchange cointrader.net. They are seeking to get enough liquidity so that they can switch over all the ATMs and brokerages to their own exchange. This way they can rest assure that they will not have such a problem again.

Cointrader’s new portal and user interface design is going live on February 10th. Coinreport will follow up with them on that day. Once Bitcoiniacs transfers their ATMs to their own exchange, Mitchell said,

“We can then ensure our clients are getting the best possible service because we are delivering it.”

Bitcoiniacs has an exciting schedule in store for Q2 and Q3 of 2014 in terms of ATMs. They plan to have an ATM shipped to Calgary on February 5th, and one to Toronto in the middle of February. This move will bring a Bitcoin ATM to the East Coast. Currently it’s difficult to place a Bitcoin ATM in the U.S due to issues with licensing and getting a permit. Therefore, it will be pretty good to have a Bitcoin ATM on the East Coast.

In addition to this, Bitcoiniacs is planning on venturing in London. Mitchell said that they’d hopefully get machines in London near the end of February. RoboCoin is the manufacturer of the machines.

Will Bitstamp Still be Used for new ATMs?

For their new Bitcoin ATM roll outs, one would wonder if Bitcoiniacs would still use Bitstamp to process their coins. However, Mitchell had to say,

“If it does become an issue again, we may have to switch to cointrader sooner; then use the ATMs to supercharge the market.”

It seems that Bitstamp isn’t up to the challenge to satisfy the needs of their clients. That isn’t very responsible since they were pretty much unresponsive to Mitchell’s inquiries. This may be the main reason why Bitcoiniacs is going to eventually switch to their own exchange, Cointrader. With that, Bitcoiniacs can guarantee their customers that there will not be any backlogs in their ATMs anymore. This will bring about the security and reliability that one needs in such matters. Cointrader’s new portal design is going to launch on February 10th, and Coinreport will follow up with this in the future.

Currently, the world’s first Bitcoin ATM is live and running well. The buying option is back, and it seems that Bitstamp has resolved their processing issue, for now at least. One might wonder if such a thing will happen in the future. However, with Bitcoiniacs, you get the security that you can be reimbursed if anything goes wrong. 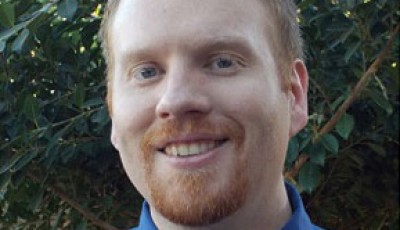