Blockchain technologists have long understood the ‘trilemma challenge’ of achieving the correct balance of security, decentralisation and scalability. The choice of consensus mechanism is particularly important but historically, most projects experience difficulties when one area is prioritised, such as security in Proof of Work based consensus, leading to weakness in another area, as in PoW’s scalability. In AI/blockchain infrastructure developer Fetch.AI’s mission to build a ‘collective’ of artificial intelligences connecting machines on a decentralized network, their team has designed a new approach to achieving consensus.

Fire on the Hill’s Nick Ward spoke with Jonathan Ward (JW), the head of research at Fetch.AI, about the new approach.

NW: Hi Jon, so what has your experience in engineering and technology been like? 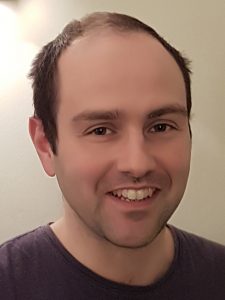 JW: Quite varied. Before joining my current company, Fetch.AI, I completed my PhD in Machine Learning at University College London, where I worked on the protein folding problem, a biological quandary around the physical code by which an amino acid dictates a protein’s native structure. I used techniques from statistical physics, machine learning and sequence evolution to understand how long polymers were folded into a well-defined three-dimensional structure. I then worked in both academia and industry for the next few years where I was involved in applying machine learning algorithms to time-series and machine vision problems. Currently, I’m leading a group of Machine Learning Researchers, Economists, Engineers, Cryptographers and Mathematicians in designing the infrastructure and applications for Fetch’s digital marketplace.

NW: And for the uninitiated amongst us, how would you explain a consensus protocol?

JW: So, consensus protocols are one of the most important and interesting aspects of decentralised-ledger technology. They’re the means by which all of the separate nodes in a network collaboratively achieve an agreement, a consensus, in a decentralised system, without the need for a central coordinator. Consensus is all about agreeing on the state of the chain and who can alter it. To enable both open and anonymous participation in the consensus, blockchain systems have replaced the classical mechanisms of centrally controlled access and reputation with the expenditure of a costly resource (hashrate in Proof of Work, locked up stake in Proof of Stake).

NW: And how are you working on this with Fetch.AI?

JW: Any consensus protocol needs to be uniquely tailored for the purpose of its distributed ledger. Fetch.AI are building a ledger upon which a highly-complex multi-agent system will be deployed; a collective of intelligent streams of code will be operating on it and transacting with each other. This means that there will be a high volume of low-value transactions. With these requirements in mind, the team believe the new consensus mechanism makes a significant contribution to blockchain infrastructure that’s fit for purpose in high performance use cases.

NW: Developers have run into problems in achieving consensus in the past, haven’t they?

JW: Correct. It is well-known that such decentralised protocols face a tension in the form of a trilemma. This is because there are three properties, namely security, scalability and decentralisation, that are hard to achieve simultaneously. It is not an exaggeration to say this is one of the hardest problems that can be found in the blockchain space.

NW: How far have we come in resolving this issue?

JW: There have been a number of different approaches to achieving consensus, with Proof of Work and Proof of Stake being two of the most well-known. Each of them suffer from prioritising one advantage offered by a blockchain over another; a ledger might be highly secure but its ability to scale would be compromised. With Fetch.AI, we’re attempting to build a protocol that offers the optimal balance of decentralization, security, and scalability by using a Proof of Stake (PoS) consensus scheme that achieves strict transaction ordering, fast confirmation times and improved security compared to existing systems, supporting over 30,000 transactions per second.

NW: How have you modified the PoS scheme to address the ‘trilemma’?

JW: A way to partly ease the tension in the trilemma is to make use of a sub-protocol that enables the participants in a distributed system to elect a committee of nodes as a leader in a way that is truly random and cannot be interfered with by an adversary. The election of the leader can then be used as an intermediate step towards reaching an agreement. We call the component that achieves this goal is called the Decentralized Random Beacon. The election is completely random and the leadership’s role is cycled, meaning that there is greater security than in a centralised alternative.

NW: And what about the protocol’s scalability aspect?

JW: The protocol is made scalable through use of a Directed Acyclic Graph that runs without the need for a central coordinator that is common to similar systems which harness a DAG. Rather, the community’s elected ‘leader’ is able to deterministically map a strict ordering of transactions for the next block to join the blockchain from the partially ordered transactions contained in the DAG. The deterministic means of reaching transaction finality increases the scalability of the protocol.

JW: The overall design of the consensus mechanism, the combination of the decentralised random beacon, collaborative block production, and the deterministic mapping, focuses on achieving ‘minimal agency’ principle. This means that the influence that any one node can have on the state of the ledger is drastically reduced, contributing to the protocol’s increased security overall.