A select few companies in Silicon Valley and China having amassed vast amounts of wealth, by leveraging AI to mine citizens’ data; this is the state of play in AI. But is this the future we want?

The future I see is rather one where AI helps address some of society’s greatest problems and unlocks immense value for businesses. AI should benefit the masses, not just a select few.

Here is an example of the challenge we see in health care: Singapore-based company ConnectedLife is building AI models to predict Parkinson’s disease. It already has access to some German medical data and it has also been collaborating with the National Neuroscience Institute of Singapore. But due to data regulations, it cannot download that data to Germany. If they could, their AI models would be more accurate, in turn being better at predicting Parkinson’s. Similarly, they can’t use data from many other countries.

The crux of the problem is: how do we get more data for AI models, without compromising privacy?

There is actually a way around it: unlock the value of data, without unlocking the data itself. The key is to bring the compute to the data. This is a task of orchestration.

Nevertheless, this is not enough on its own; to preserve privacy we must also avoid having a central intermediary doing the orchestration. This is where using a public blockchain network that no single entity owns or controls comes into play. We built it, and we called it Ocean Protocol. It decentralizes orchestration and access control. The end result: unlocking private data without compromising privacy.

This is only the start of the journey. To complete the puzzle, we need data marketplaces and data commons to connect data suppliers with data consumers. The consumers are data scientists and AI researchers / engineers. The suppliers are organizations with data that was previously siloed, that can now get value by unlocking access to their data. Ocean Protocol removes friction in building marketplaces of decentralized data.

In the example of ConnectedLife mentioned earlier, the company is building a data marketplace that uses the Ocean Protocol network, which allows them to leverage data in Germany, Singapore, and other jurisdictions without compromising privacy or running afoul of data regulations. In turn, this means more accurate AI models to predict Parkinson’s, which can save lives.

All of these examples point to the beginning of an open, permissionless data economy that equalizes opportunity – the New Data Economy.

In short: we can spread the benefits of AI. Condition is using blockchain technology to unlock data while preserving privacy. This in turn can help AI address some of society’s greatest problems and unlock immense value for society as a whole. 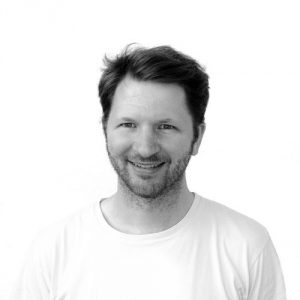 Trent McConaghy did AI research for two decades, including machine creativity and AI to help drive Moore’s Law, via two startups (both acquired) and a PhD. His current focus is Ocean Protocol, which uses blockchain technology to spread the opportunities and benefits of AI. He’s given invited talks at TedX, Stanford, MIT, Berkeley, Jet Propulsion Lab, Santa Fe Institute, and more. He has written two textbooks and dozens of peer-reviewed papers and patents. His hobbies include Token Engineering, Nature 2.0, and advising governments on AI * blockchain. More info: www.trent.st @trentmc0